Llamas make excellent guardian animals, and their demands make them ideal for small farms. Here are a few things to know before getting a llama. 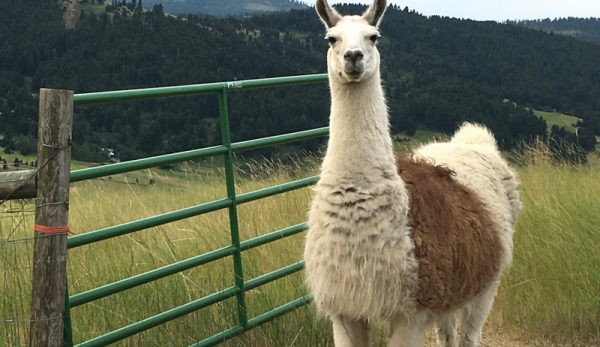 Llamas are members of the camelid family.

The llamas seen today in fields and pastures throughout the U.S. and Canada are the descendants of llamas imported from South America.

This importation began in earnest in the 1980s. During that time, importers brought in hundreds of animals.

The traditional role of the llama in South America was as a pack animal, moving goods from farm to town. Today in North America llamas serve a number of purposes, including:

To some extent, what a llama will do depends on its temperament and individual personality.

Llamas are a suitable livestock choice for hobby farmers due to the animalsâ€™ relatively small size compared to horses, ponies or cattle. Their unique digestive system and highly efficient use of forage means llamas require less acreage per animal.

Four grazing llamas use about the same acreage as one horse or cow/calf unit.

Because they are herd animals, a single llama can serve as a superb guard animal for goats, sheep and other camelids. The llama bonds with its flock, so it will protect and defend the animals against dogs and small predators.

But if it has no other animals to guard, it should be with another llama.

Before you get a llama, consider the following.

There are a number of ways to set up your area with a small catch pen to make catching and haltering easier. A 9-by-9-foot pen will suffice, andÂ  you can train your llama to go into the area.

There are several ways to halter. Find a reputable breeder or trainer to teach you. Llamas are not typical livestock. Roping a llama isnâ€™t recommended or necessary.

When searching for help, be cautious. A great deal of misinformation is on the internet and on social media. Find a reputable breeder or trainer to help you. For more information, visit the Rocky Mountain Llama and Alpaca Association website.