How do you stop llamas from pooping in same spot? 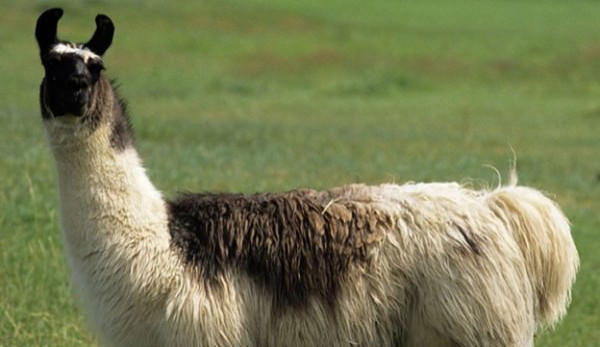 How do you stopÂ llamas fromÂ pooping in same spot? They keep pooping on my gravel driveway. Is there anything I can put on the poop spots that would make them move to another place to do their business, hopefully in the pasture? â€”Mike

Mike, that’s a good question. Uzzi and I asked our llama, Bandit, why he makes big piles of poop in the paddock he shares with Maire, the very oldÂ Standardbred and my adversary, Kerla, the obnoxious buck. “Beans,” he said. “Those are llama beans. I pile them up because that’s the way of the llama.”

Uzzi and I looked at each other: What does that mean?

“See,â€ť Bandit said, “every alpaca and llama mama takes her newborn baby to the poop pile and tells him, ‘That’s where you go.’ Mama llama shows her baby how, and from then on, that’s what we do. We pee on our poop piles, too.” He nodded at the paddock. “I have four piles. That one by the shelter is more than 2 feet tall. It’s my best effort so far.” Then he sniffed. “I’m not like you dirty goats who poop whenever and wherever you want to.”

So we asked Mom what she would do if Bandit made his poop pile in the driveway. She scratched her head while she thought. “I’d move it,” she said. “I’d pick up every bean and take them wherever I wanted Bandit to poop. Then I’d use bleach to obliterate the smell of the old pile. Once I had, I’d show Bandit the new pile and hope he got the message. But tell you what, guys. I know a lady withÂ Southeast Llama Rescue who knows more aboutÂ llama and alpaca behavior than anybody else I know. Her name is Deb Logan. Let’s email Mike’s question to her and see what she says.”

Uzzi and I could hardly wait to hear back! Here’s what Deb said.

“When you find a remedy, let me know! Llamas and alpacas seem to gravitate toward gravel. Ours have pooped all over the gravel in front of our equipment shed and also the gravel path that leads up to the barn.

“I’m not sure how to get them to relocate other than putting poop where you want them to go. However, I think the smell of the urine attracts them the most, and even when I lime an old spot the urine smell is still there.

“Mike could try putting down a stall mat over where they are going now, putting poop on it or even leading them over there. Once they start using the mat he could slowly move it to where he wants it. But they may migrate back, eventually. That’s how it usually works for me.”

Mom says she thinks it’s great that llamas and alpacas pile their poop. That makes it easy to scoop up and add it to the garden as a soil amendment. Llama beans don’t burn plants, so they can be tilled into soil straight from the poop pile. Llama poop is one of very fewÂ animal manures that doesn’t have to be aged or composted, though it’s OK to compost it if you want to.

Last year, Dad gave several empty feed bags filled with beans from one of Bandit’s poop piles to a friend who has a plot at a community garden. She piled the poop at her garden spot intending to spread and work it in another time. The next day another gardener met her at the gate with a huge smile on his face. “Where did you get the giant rabbit pellets?” he asked her. She laughed and gave him half of her stash.