Photo by Rick Gush Loquats are often sweeter when picked fresh from a feral tree. One day when I was 12, I discovered a fruiting loquat tree on my walk home from school. I ate a lot of loquats that year, and I’ve since enjoyed hunting for free loquats. Loquat, Eriobotyra japonica, is certainly one […] 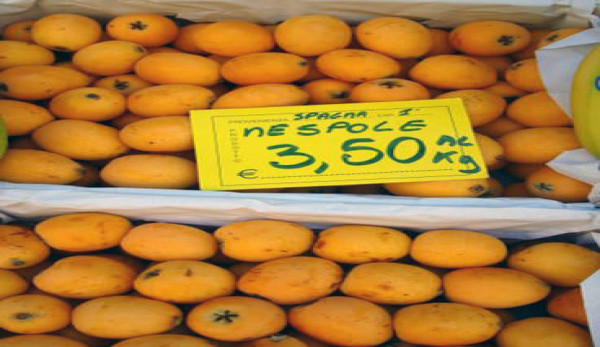 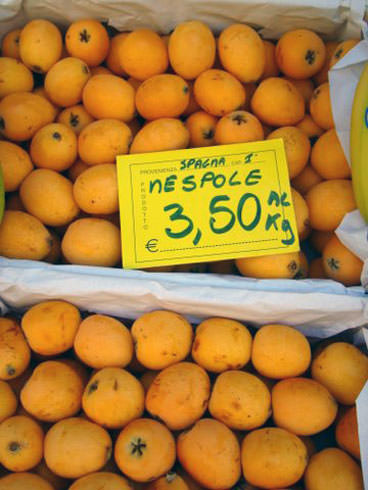 Loquats are often sweeter when picked fresh from a feral tree.

One day when I was 12, I discovered a fruiting loquat tree on my walk home from school. I ate a lot of loquats that year, and I’ve since enjoyed hunting for free loquats. Loquat, Eriobotyra japonica, is certainly one of the most frequent free fruits available in the Sunbelt. Loquats grow from Florida to California along the Southern states. In those areas, the fruit is likely to remain unharvested. I’m not sure why, because I think loquats are delicious. I suppose it might be because mature loquats are fairly tall, and harvesting usually requires a ladder.

I’m also surprised that almost nobody grows loquats commercially in the United States. Loquats have a lot of reasons to be recommended: They have very few pest problems, don’t need much pruning and the fruit ripens in the early spring, before any other fruits are ready for the market. The Japanese go nuts for loquats, and growers go to great lengths to coddle the young fruits. Many commercial growers in Japan and other areas put paper bags over the fruit clusters to protect them from the few pests that enjoy them, as well as from wind damage and sunburn.

I think some more growers in the U.S. may start growing loquats, but now they’ll use the modern orchard techniques and plant a whole lot of little trees on every acre. In Korea, growers keep the trees pruned to below 6 feet, and they bend and tie a lot of branches down; the tied-down branches develop a lot more fruits. The result is these weird hedges with fluffy skirts, but the harvesting of the fruit is much easier and production is still high.

In managing my own loquat tree, I try to keep it as dry as possible in the early spring because I think the fruits are sweeter when the soil is dry. Of course, it’s difficult to keep the soil dry when it rains. I also think that the smaller and more discolored fruits are, the more likely they are to be sweet and flavorful. The huge fruits without blemishes almost never have the exquisite taste that scraggly, wild loquats do.

I don’t use loquat leaves as a medicine, but a lot of those in Asia do. I don’t make liquor from the seeds either, but some folks I know here in Italy produce a bittersweet liqueur with them.

I remember from my horticultural consultant days in California and Nevada, that a magnesium deficiency was common among loquats in desert areas with highly alkaline soils, and that that deficiency was often misdiagnosed as the fire blight that sometimes affects loquats in more humid locations.

I know the nursery business has sold loquats in the U.S. since the middle of the 19th century, and I remember seeing some of the strange variegated crops when I worked in nurseries years ago. Here in northern Italy, I’d estimate that more than half of the loquats I see are feral, and almost all of the fruit I’ve tasted from these rogue trees are flavorful and sweet.