The next time you think manufacturing is a thing of the past in this country, think again. Certainly we have lost plenty of business to low-cost, offshore factories; however, there are plenty of factories here that are going strong. 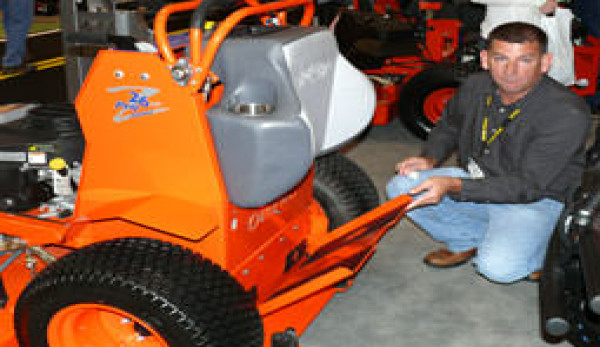 The next time you think manufacturing is a thing of the past in this country, think again. Certainly we have lost plenty of business to low-cost, offshore factories; however, there are plenty of factories here that are going strong.

At a recent trade show, I spoke with several made-in-America business owners that exemplify the creativity and dedication to superior craft that made this country a manufacturing powerhouse. One of them was Robert Foster, a co-founder of Bad Boy Mowers. Foster told me how he and his partner Phil Pulley had entered a crowded marketplace with the confidence they could build a better mower.

Not only did they succeed and gain the recognition and confidence of a significant share of the market, they did it all in America. What started out in a small shop with a few workers has morphed into more than 200,000 square feet of facilities filled with the latest technology and skilled craftsmen.

Foster gives much of the credit for the company’s success to his employees in Batesville, Ark. “Each of them does the work of two,” he says with pride.Ā

A recent ABC news show showcased Anders Lewendal, a Bozeman, Mont., house builder who sought to use American-made components in a new house. (ClickĀ here for his source list.)He found that where prices were higher, quality more than made up for the disparity. Finding domestic suppliers was the toughest job, as the discount stores didn’t carry them. He had to ask.

Lewendal suggested that if more of us asked for American-made, our country would be stronger for it. Congratulations to Bad Boy, to Lewendal and to ABC for the story.

And next time … ask.