Get to Know the Magical Melipona, the Stingless Bees of Central America

These tree-nesting bees and the honey they produce were considered sacred in ancient Mayan cultures. 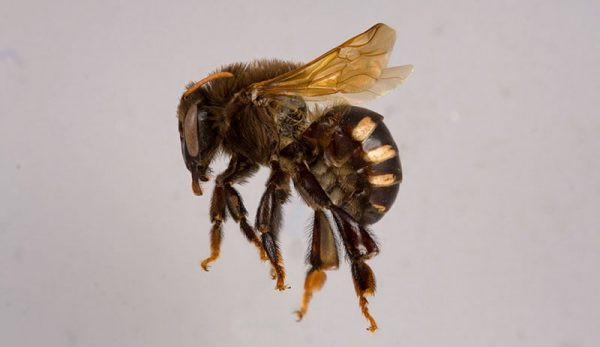 Thousands of years before Europeans brought their honey-making bees to the continents they would eventually call the Americas, a gentle, stingless honeybee was considered sacred among the Mayans.

The Mayans tended to the bees with love and kindness. They carefully propagated and fiercely protected the bees. They erected stone moatsÂ  around an apiary to keep out ants, and hung sacred plants around the apiary structure to repel evil spirits.

Melipona gather nectar and pollen like their European cousins, and their honey flavor, texture and color is determined by the terroir of their environment. The flowers they visit and the particular weather of a given season. But they differ in many ways, too.

Melipona hives are quite small, created in the hollows of trees. And instead of building vertical rows of combs, the bees form architectural wax structures into little “pots” where they collect their honey.

Melipona also develop multiple queens, eventually choosing one per colony cycle. They still gather and store pollen, just as European bees do. But these gentle stingless bees are quite picky about which flowers they visit. This practice serves the pollination of their native tropics very well.

When they do find nectar they like, they turn it into a honey we might not recognize. It’s often very watery compared with the honey of apis mellifera. Its pale color might even fool you.

Much of the honey produced by melipona is very pale to clear. And it’s much more acidic than other honeys.

The ancient Mayans who cared for melipona (as some of their descendants still do) offered shelter and safety for the bee in exchange for the gift of honey. They guarded carefully Melipona bees, protected them against predators and revered them in religious ceremony.

It wasâ€”and still isâ€”a symbiotic relationship built in great trust and respect. The honey was so sacred, it was used sparingly and offered as medicine. It was given to new mothers because it was the most nutritious and hallowed offering to be given.

Melipona bees don’t produce much honey compared with the amount produced by European bees. This makes the substance all the more precious. A single melipona hive might produce about 2.5 pounds per year, compared with more than 60 pounds of surplus honey (the amount that humans can harvest above and beyond the amount the bees need to survive the winter) produced by a thriving European hive.

But the native bees of Central America are disappearing, just as the European honeybee is. And many native bees all around the world are struggling.

So many insects and animals are going extinct because of factors including deforestation, loss of habitat and invasive species, it seems that we rarely hear about them any more. The small glimmer of hope is that several Brazilian and Mexican universities are researching ways to implement the melipona’s unique skillset to a commercial agricultural setting.

It’s less than ideal, compared with generations of sacred beekeepers working to care for their charges. But there might be some hope that the stingless honeybee can survive in our changing world.