Make Homemade Bread Without The Mess

If the hassle of kitchen clean-up is keeping you from making your own bread, you need to try this method. 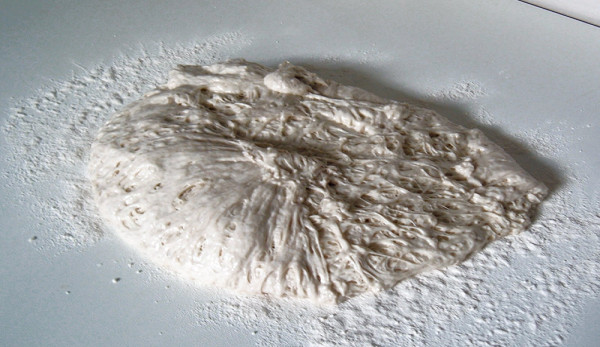 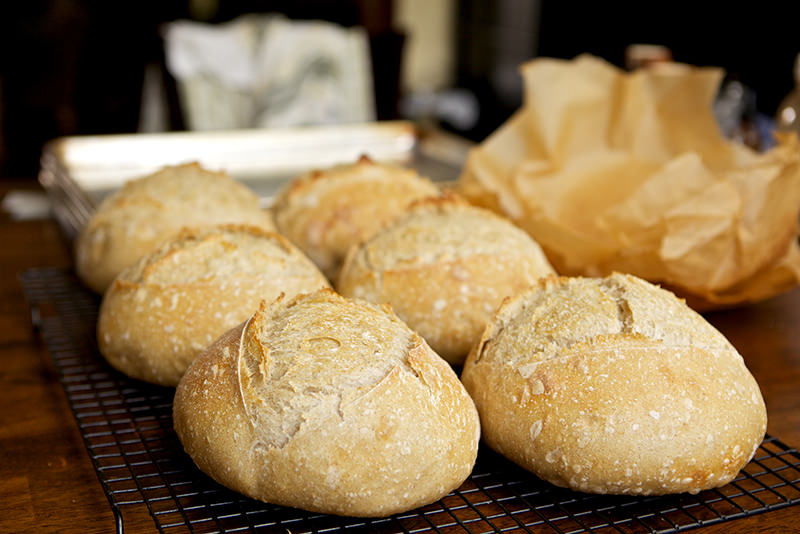 When I walked into the Intro to Sourdough bread-making class by The Artisan Bread School’s Tom Edwards in Louisville, Ky., each student’s station was set up with two bowls, a bench scraper, a towel, an apron, a kitchen scale, a banneton, a Dutch oven and bread ingredients. As a long-time home bread baker, this mise en placeÂ was familiar to me. How we used the tools, though, surprised me and has changed myÂ bakingÂ for the betterâ€”and the cleaner.

A New Look at Tools

We did no workspace cleaning before we started bread-making. We were in a small, well-kept commercial kitchen, after all, and I thought the space must have been adequately cleaned before students arrived. When it comes to kneading dough on a countertop surface, though, I can be pretty anal-retentive. You see, I live in a farmhouse with two roommates who, let’s say, don’t share my same kitchen-upkeep philosophy. It makes me want to scrub every surface that my food is going to touch before my food touches it. Wanting to be a good student, I refrained from asking to reclean my work space before we began.

I’m glad I did refrain because we didn’t actually use the countertop for kneading. Instead, nearly the entire bread-making process took place in a large bowl. That’s the same bowl for mixing, kneading, proofing and folding. We didn’t dump the dough onto the countertop until time for shaping, and by then, I was so excited about what little mess we’d made that I let go of my surface-cleanliness hangup. Shaping on the countertop created next-to-no mess compared to the flour that I manage to get everywhere when kneading on a countertop.

Going back to the list of items placed at our workstations, you should notice that a whisk, spatula or wooden spoon is not on it. I didn’t realize these things were missing until it came time to mix our sourdough starter with our water. Edwards just stuck his hand into the bowl and mushed the ingredients together, so the students did the same. Pouring the starter/water mixture into the large bowl of artisan bread flour, we did it again. Our hand was our mixer, and that was fun! Plus, there was no wooden spoon that had to be soaked and scraped at the end.

In this class, I learned that bread-making is still bread-making, regardless of the tools you’re using. I made note of a few adjustments to the process and secrets to making this new-to-me method go smoothly. 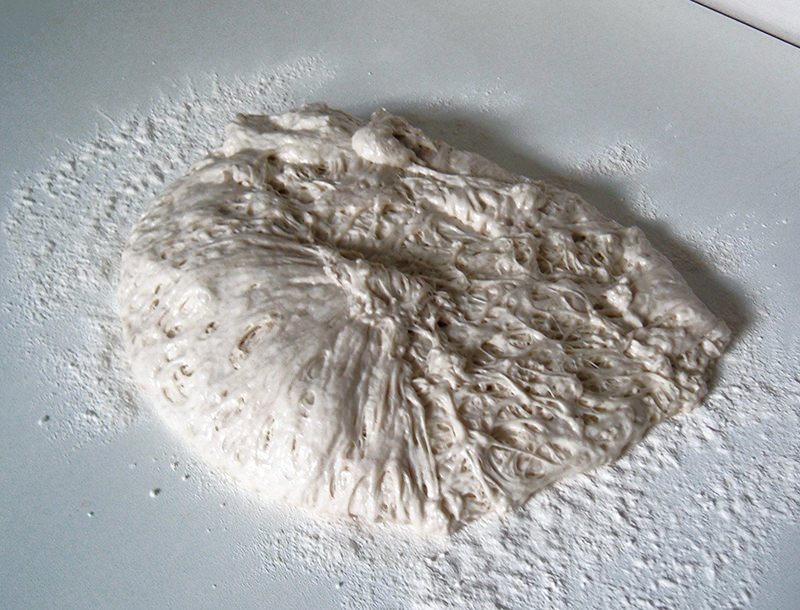 In traditional countertop kneading, you dump the dough from the bowl onto a floured surface and work at your own rolling-folding-flipping-rotating pace. You get flour on the floor, and you get dough stuck to the cabinets (or at least I do). You work and work until you’re sure you’ve kneaded enough to have earned a degree in kneading.

Kneading in the bowl works a little differently. You don’t dump a bunch of flour in there with your dough, rather you drizzle a tiny bit of olive oil between the bowl and the edge of the doughâ€”just enough so you can slide your hand in thereâ€”and you wet your fingertips. Reach down in there, all the way to the bottom of the bowl, grab the dough, pull it up, and fold it over. Rotate the bowl a quarter turn, and do the same. Keep repeating this process. The faster you’re able to reach, grab, pull and fold, the less the dough will stick to your hand.

This process works for the initial kneading, and if you’re making a more complicated bread with multiple fold-and-rest steps, it works for your folds, too.

Because you’re working through all of the steps in the same bowl, it’s very important that the bowl stays clean, particularly in the mixing stage of bread making. Using plastic bench scrapers with rounded edges, we scraped the doughy bits off of the sides of the bowl, because you don’t want those pieces to come off at a later stage and leave a heavy chunk of flour in your otherwise-uniform, well-risen dough.

This bench scraper is a friend to your sticky fingers, too, because it’s much easier to scrape off wet dough than it is to pull it off with your other, equally messy hand.

Using your hands as mixing tools, you’re going to have someâ€”sometimes a lot ofâ€”dough residue on you. Rather than wash it all down the sink and clog the drain pipes, Edwards puts a small bucket in the sink to rinse into. The dough comes off remarkably easily, doesn’t make tiny loaves of bread in your kitchen-sink drain and can be dumped into your compost or strained from the water and thrown in the trash.

Put A Bowl On It

Your favorite bread recipe probably calls for letting the dough rest and rise in a warm place with plastic wrap or a towel over the bowl. This reduces the moisture lost from the dough. At the Artisan Bread School, we just used another, upside down bowl to cover the bread bowl. Being conscious of waste, I don’t know how I didn’t think of this myself. There’s no plastic wrap to throw away and no kitchen towel from which to peel off stuck-on dough.

I’ve been a home baker for a few years and volunteered at a bakery in Greece for a month, but this was the first actual bread-making class I’d taken. I was so full of information by the end of the day, that I was actually having trouble paying attention going into the final hour. Everything I learned there and shared here was geared toward sourdough-bread making, but you can put these mess-less tips to work for any of your bread-making projects.

About the Author: A sucker for learning and for good bread, Lisa Munniksma hopes her Artisan Bread School class isn’t the last bread-making education she receives.Â She blogs weekly about ag news and opinion at “The News Hog,” and every now and then about farming and traveling around the world atÂ www.freelancefarmerchick.com.