Bitter herbs, historically used as natural medicines, can be prepared for use in cocktails and other beverages. 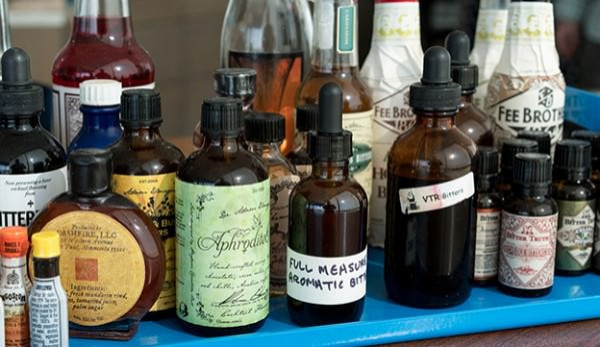 Bitters have bite, all the way from their intrinsic flavors to their medicinal roots. These herbs and herbal preparations sharply affect the palate while equally enhancing the overall health of those who ingest them. Traditional medicine from China to the United States accredits bitters with myriad healing properties, including drying, antibacterial, detoxifying, cleansing, stimulating, tonifying, germicidal and parasiticidal.

Writer and foodie Danielle Charles-Davies wrote in “Bitters: the Revival of a Forgotten Flavor,ã posted on the Weston A. Price Foundation website, www.westonaprice.org, that most bitters were taken in the form of bitter wild greens eaten before a meal, or alcoholic beverages, known as apûˋritifs, brewed with bitter and aromatic herbs.

“These traditions still exist todayãserving a salad or cocktail before a mealãbut unfortunately the bitter taste is now often lacking,ã she writes.

Adding bitters back into your diet can be as simple as spicing up your standard salad with bitter greens, such as chicory, arugula, radicchio, endive or even dandelion leaves. To avoid a shock to your taste buds, Charles-Davies recommends starting small to build up your tolerance to the bitter flavor by gradually increasing the portion of bitter greens in your salads. If youãre not in love with the idea of daily salads or just want something to break up the monotony, consider incorporating these greens as well as the roots of dandelion or burdock in stir-fries or soups.

The current revival of bitters is best recognized through use in cocktails and apûˋritifsãa tradition that Huffington Postô attributes to Prohibitionãand in recent years by the popularity of period TV shows, such as Mad Men, for resuscitating and fueling its resurgence. Designed to temper the sweetness of mixed alcoholic beverages, bitters come in an array of flavors to complement just about any drink.

These tonics and extracts are typically crafted by steeping the bitter herb or root in a base alcohol. Vodka and grain alcohol are most commonly used to best convey the natural flavors of the plant. Other ingredients can be added to achieve the flavor you desire. Plus, the uses of bitters arenãt strictly alcoholicãthough their innate alcoholic base lends them well to cocktailsãand can be combined with tonic water or club soda as a soothing drink.

Making your own homemade bitters is fairly simple and straightforward. The process is the same as making a tinctureãthe biggest difference being that with bitters, flavor is paramount. Start your adventure into this art form by making simple bitters before moving on to more complex combinations. You can find myriad suggestions on the Internet for recipes and ratios for your bitters, or you can order a DIY kit that has everything you need to get started. If youãre working from scratch, be sure to thoroughly dry the bitter herbs you intend to use before you begin; fresh herbs tend to become slimy and can result in weaker or off-flavors.

Bitter Herbs To Use

Some of the most common bitters stem from exotic roots and barks, such as cassia and yellow gentian, making them a less-than-easy commodity to come by. The trio that follows is based on plants native to in the U.S. and Canada.

With the help of a well-experienced guide and/or thorough foraging wildlife guidebook, you can identify and repurpose these items in your bitters. Be sure to check local ordinances and state laws regarding the collection and use of any parts of these plants, as they may be restricted.

This article originally appeared in the November/December 2015 issue of Hobby Farms.

Stephanie Staton is a freelance writer who burns the midnight oil to meet deadlines between homeschooling her son and chasing her two horse-poop enthusiastic dogs around the farm. She and her family split their time living on the family farm and in an RV that moves with her husbandãs work.