Master Breeders in the Making

The Livestock Conservancy documents the knowledge of master breeders to pass along to new keepers of heritage livestock. 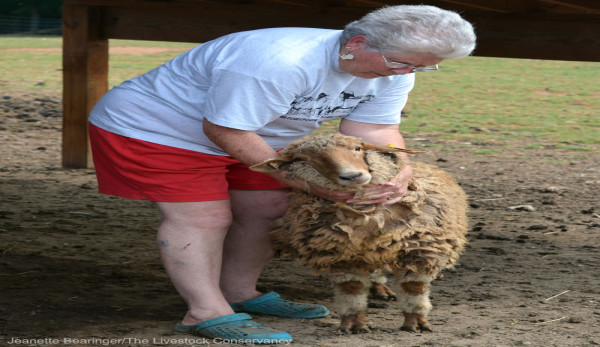 With a new name and new website to match, The Livestock Conservancy, formerly the American Livestock Breeds Conservancy, is continuing its mission to preserve and protect nearly 200 breeds of livestock and poultry through its Master Breeder program.

The program aims to bring the knowledge of “old-timeâ€ť breeders to emerging stewards, recognizing this knowledge as critical to the conservation of endangered breeds. The Conservancy describes master breeders as “historians who help bridge production knowledge from this generation to the next.â€ť

“The skills for truly understanding how to successfully breed productive animals that meet breed standard is fading as the old masters become older and pass,â€ť says Jeannette Beranger, research and technical programs manager at The Livestock Conservancy. “Newcomers often jump in without realizing the importance of deciding which animals are breeding quality and which are not. This can effectively undermine a breed, as quality diminishes in the overall population because all are sold as breeders because of the rarity of the animals.â€ťÂ

The Master Breeder program seeks to preserve the knowledge of recognized master breeders through in-field interviews, documentation and teaching of their methods, and publication of the findings. Beranger says it started as an offshoot of the organizationâ€™s Buckeye Recovery project that began in 2006, which set the gold standard for expansion and selection of rare chicken breeds.

While no formal program is currently in place to create new “master breeders,â€ť the Conservancy has interviewed dozens of people worthy of the title, Beranger says, and hundreds of people have benefitted from the classes created from their knowledge. “We still have a considerable way to go on the project because its scope includes so many breeds and species,â€ť she says, noting that with necessary funding the organization would like to create a more formal program one day.

In 2012, the Conservancy added a new component to the project by training military veterans as the next generation of heritage-breed stewards. The Conservancy teamed up with the Farmer Veteran Coalition to produce a “From Service to Stewardshipâ€ť workshop attended by more than 60 student veterans from across the country. Beranger says response to the program was good, and there are plans to expand it under the umbrella of the Master Breeder program when funding can be secured.

Meanwhile, the Conservancy continues to produce training materials and hold workshops based on the information obtained through the program, including an in-depth rabbit workshop and two-part turkey program held in fall 2013. The Master Breeder turkey workbook, Selecting Your Best Heritage Turkeys for Breeding, was released in 2011, and the Conservancy plans to produce a series of books over the next few years dedicated to teaching producers the fine art of animal breeding for all species that the organization works with. In addition to turkeys, much of the research has been compÂ­leted with pigs, chickens and rabbits, which will be among the first workbooks to be produced, Beranger says.

The Conservancy will also be releasing a new guide book in 2014, The Livestock Conservancyâ€™s Guide to Rare Breed Conservation, by Beranger, Alison Martin and Phil Sponenberg.

“We continue to reach out to recognized leaders among the breeds on the Conservation Priority List in order to document their stories and expertise with their breeds,â€ť Beranger says.Â