Meat With A Side Of Antibiotics

Despite more producer education and news about antibiotic-resistant bacteria, antibiotic overuse in livestock continues to climb. 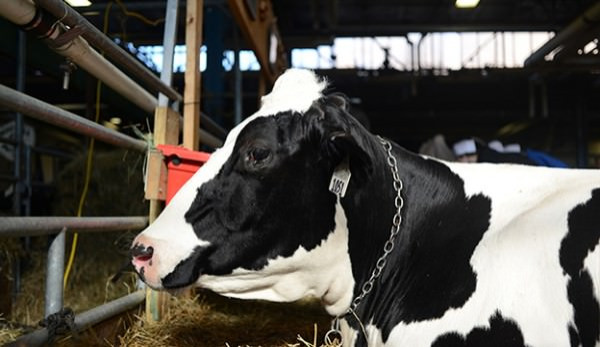 You’d think that with all of the doom-and-gloom news about antibiotic-resistant bacteriaâ€”aka superbugsâ€”on pretty much every mainstream news channel, our antibiotic-overuse situation would be getting better. Au contraire. The U.S. Food and Drug Administration says just the opposite, and a report issued by the United Kingdom’sÂ Review on Antimicrobial ResistanceÂ says we are in way too deep.

According to the FDA:

A group of pharmaceutical companies have agreed to stop the over-the-counter sale of these drugs for use in livestock by December 2016, but it appears OTC drugs are not the issue, as OTC-drug sales only decreased by 1 percent from 2009 to 2014. That means the rest of the drugs were provided by veterinarians.

Antibiotic-resistant bacteria already are responsible for more than 700,000 deaths per year. “[At this rate,] drug-resistant infections could kill an extra 10 million people across the world every year by 2050 if they are not tackled,â€ť according to the RAR website. “By this date, they could also cost the world around $100 trillion in lost output: more than the size of the current world economy and roughly equivalent to the world losing the output of the U.K. economy every year for 35 years.â€ť 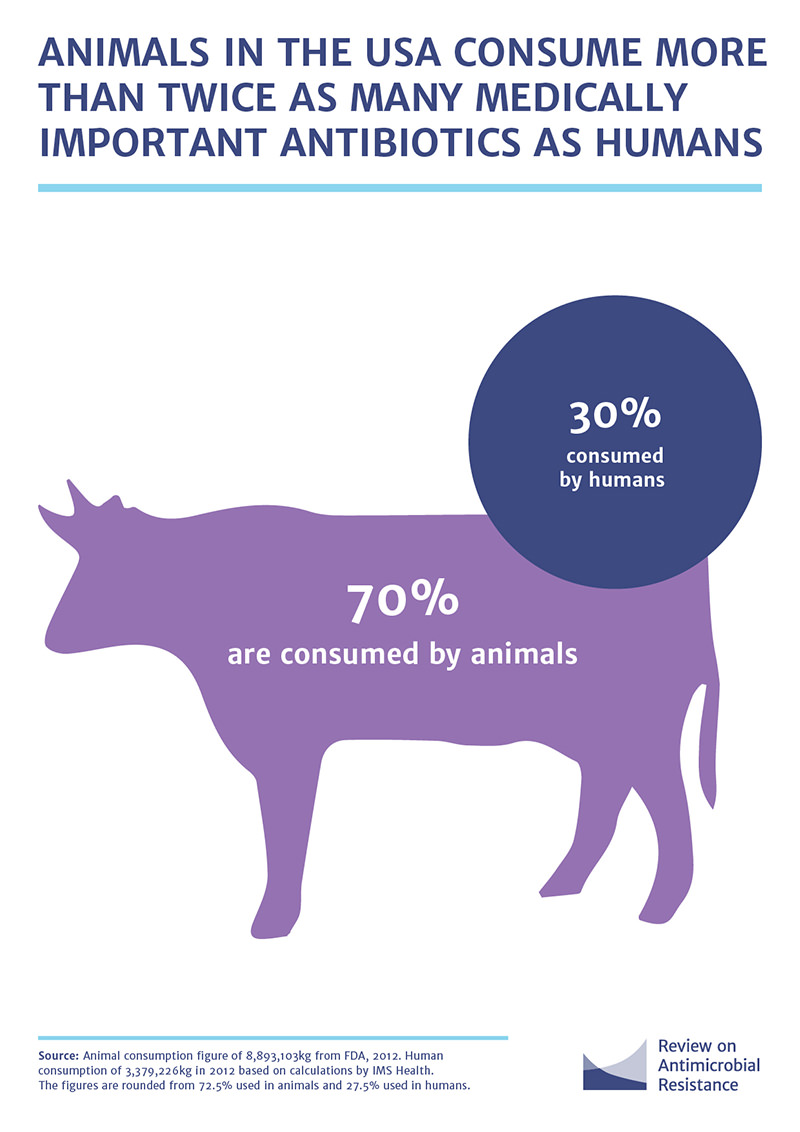 Given this end-of-days scenario, I don’t see how producers are still pumping drugs into animals that aren’t sick, yet in the U.S., animals are given more than twice the amount of medically important antibiotics as humans.

In an immediate financial sense, the subtherapeutic use of antibiotics is the way to produce cheaper meat. If animals are medicated subtherapeuticallyâ€”just enough so they don’t get sickâ€”they are then able to be put in stressful, crowded conditions to crank out the meat. Taking away this crutch, animals would have to be produced in more natural, less stressful conditions to remain healthy and productive.

Denmark, though, proves that reducing subtherapeutic antibiotic use is not as impossible as large-scale concentrated animal-feeding operations would like us to believe. Denmark, after all, is one of the world’s largest exporters of pork, yet it uses fewer antibiotics than most other countries. (In case you were wondering, Norway uses the least; Cyprus the most; and the U.S. is on the high side.)

The RAR report advocates countries uniting to ban or restrict the use of medicinally important antibiotics in livestock raising.

The consumer demand for antibiotic-free meat is there, the medical community’s demand is there, the increasing evidence that antibiotic-resistant bacteria are present in the environment is there, and the last antibiotic to show resistance among bacteria has now shown resistance. An agreement between countries would be huge. This would vastly change the way meat is produced, but I don’t think it’s something that we will see anytime soon.

Before you send hate mail, realize I’m not asking for anyone to stop using antibiotics to treat animals that are legitimately sick. This is a major issue I have with the USDA National Organic Program standards. Organic rules say for meat to be Certified Organic, that animal must never have been treated with antibiotics, so if an animal gets sick, you have to take it out of your organic program. What I’d like to see happen is that antibiotics be used judiciouslyâ€”to treat sick animals but not given subtherapeutically to promote growth and not simply to keep animals healthy in bad situations.

What do you do to keep livestock healthy and productive on your farm? Share in the comments section below what you know about producing food without overusing drugs so we can learn from each other!