As a brand inspector, Paul Johnson never knows what his day will hold. Read about his goat-wrangling, cattle-chasing career in the Big Sky Country. 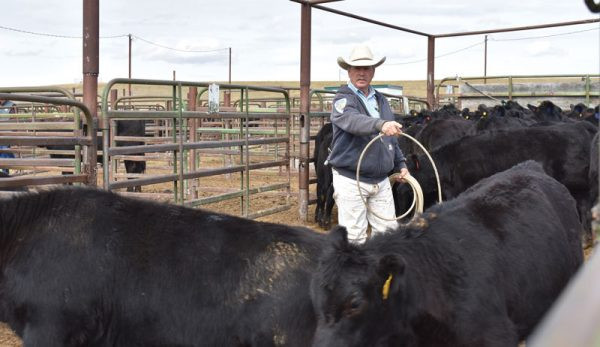 For 26 years, Paul Johnson has yet to see a routine day. As a brand inspector for the Montana Department of Livestock, Johnson is the person who producers, large and small, depend on for multiple issues. On any given shift, he might sort cattle and ensure that every animal is inspected at a sale, or he might just as easily be called to wrangle goats in a suburban neighborhood.

Brands are embedded within the history of the West. Brand inspectors were among the first law enforcement positions created in 1885â€”four years before Montana gained statehoodâ€”to get a handle on cattle rustling. Modern inspectors carry on this tradition of ensuring brands on the cattle at sales match outfits selling them, but their scope has greatly increased with more people owning small ranches or hobby farms.

Johnsonâ€™s territory includes more than 6,000 square miles. For him, a typical Monday might start at 6:30 a.m. with a trip to inspect cattle 100 miles away. En route, he might have several stops for smaller animal checks, and while he arrives on time to his main appointment, itâ€™s not unusual for the truck hauling the cattle to be late because of mud or snow. After working those cattle, he checks on underfed horses on his way back to town, then he receives a call to wrangle at-large goats in a residential area. At 10:30 p.m., he heads back out to round up some cattle on the loose, and after taking care of that situation, he receives another call of a cow hit on the road. He can finally call it a day at 2 a.m.

A big part of what he does involves education and diplomacy, whether itâ€™s informing those new to the agricultural realm about the laws of owning and selling livestock, or keeping neighbors happy by ensuring good fences keep in the animals.

Although most of Montana is still open range, livestock owners are responsible for the potential wanderings of their animals. If a cow or horse is hit on the road, nobody wins.

Johnson says the general rule if there is a fencing issue between neighborsâ€”especially when each has animalsâ€”is to meet in the middle, shake hands and have each of them fix the fence to the right.

The department recently received a report of a wild bull tearing through fences in a subdivision. Rather than a bull, though, it was two Scottish Highland cows owned by a local resident enjoying their newfound freedom.

Educating those who simply donâ€™t know the law, particularly with such a high number of people moving in from other parts of the country, is a growing part of what inspectors handle. In Montana, cows and horses bought or sold need to be seen by the brand inspector, even if there is no brand. In that instance, the brand inspector draws in specific markings and makes notes on the individual animal. This discourages theft, and it also lets people know who owns the animal.

On a larger scale, such as when ranches ship cattle out of state or to the local stockyard, or when they bring in cattle from another state, inspectors confirm the brands and, in some cases, health certification. At sales, they check every cow to make sure the brand corresponds with the seller, which is challenging during events that see nearly 5,000 head of cattle run through the ring. Itâ€™s a team effort with Johnson and the other inspectors who look at each and every cow.

Despite the long hours and erratic schedule, itâ€™s obvious Johnson loves his job. He and the other brand inspectors are proud to continue the tradition of being there to assist producers and protect the livestock of Montana.