This grassroots organization is spearheading a movement to get more young people interested in sustainable farming. 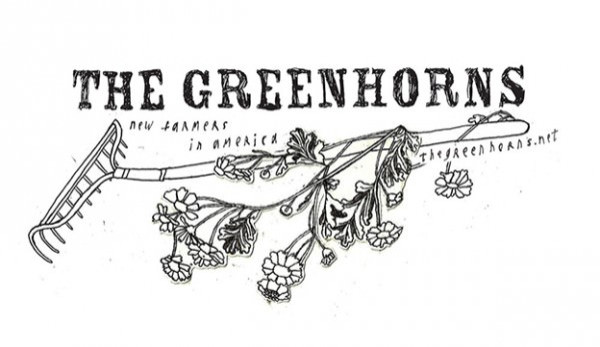 by Jodi HelmerJanuary 14, 2016
PHOTO: The Greenhorns

“The organization got started [in 2007] because there was a need to recruit and support young farmers, and there were no real platforms at that time,â€ť explains Eliza Greenman, biodiversity director for the New York-based organization. “It was like farming in a food desert.â€ť

Greenhorns aims to take a nontraditional approach to supporting young farmers. At an event in Maine, for example, a “weed datingâ€ť event connected single farmers who got acquainted while weeding potted herbs.

Most of the mixers are organized during screenings of its award-winning documentary, The Greenhorns (2013). The film tells the stories of young farmers (the organization considers all farmers younger than 57â€”the average age of an American farmerâ€”to be young farmers) and acts as a promotional/Â­recruitment tool to attract new farmers. Greenman calls the documentary one of the organizationâ€™s biggest successes.

“Weâ€™ve heard from a lot of young farmers that seeing the movie made them want to go out and try farming,â€ť she says. “We consider it a huge success that we can have that kind of impact when weâ€™re not even there; itâ€™s just our video bringing about change.â€ť

Over the past eight years, the organization has built a coast-to-coast network of more than 6,000 greenhorns who share a passion and dedication to bolstering the declining number of American farmers. Their work is having an impact: In Maine, the average age of a farmer is getting younger.

“There is a real need to promote farming to a younger generation and bring about awareness of the need for new farmers,â€ť Greenman says.

In addition to recruiting new farmers, the organization also focuses on pioneering change in the food system. Greenman recalls an incidence of an organic farmer who was at odds with an FFA volunteer working on the farm. During the apprenticeship, the Â­organic farmer learned that his student volunteer, who quit in frustration when he was asked to weed the fields by hand instead of spraying chemical herbicides, had never been taught about composting or other sustainable farming basics. The experience led Greenhorns to reach out to FFA to create a partnership to help provide education in sustainable agriculture.

“Farming has been defined for us based on large, industrial agriculture; the climate is ripe for innovation,â€ť Greenman says. “We want to be part of a shift that redefines what farming should look like to heal the land and still produce a yield.â€ť

Greenhorns also works to connect farmers across generations. In California, the organization is working to reestablish local granges and hosting events to connect greenhorns with older farmers to share knowledge and resources. But, Greenman admits that the work, while rewarding and impactful, is challenging.

“There is no easy way of going about any of this,â€ť she admits.

One challenge the organization faces is accessing the resources to meet the needs of their network. Young farmers need help with everything from accessing land and capital to skills development and mentorshipâ€”more than the nonprofit can handle.

“There is a lot of need,â€ť Greenman says. “And when you have to prioritize issues and donâ€™t have the resources or staff to address all of them, some issues are left unaddressed.â€ť

Thanks to a passionate team of staff and volunteers, Greenhorns is up for the challenge. In fact, the organization is more dedicated than ever to expanding its reach, recruiting new farmers, building awareness, and connecting foodies and farmers to media resources for information and support.

“We continue to recruit and promote farming to a younger generation,â€ť Greenman says. “We can create change by building our network.â€ť