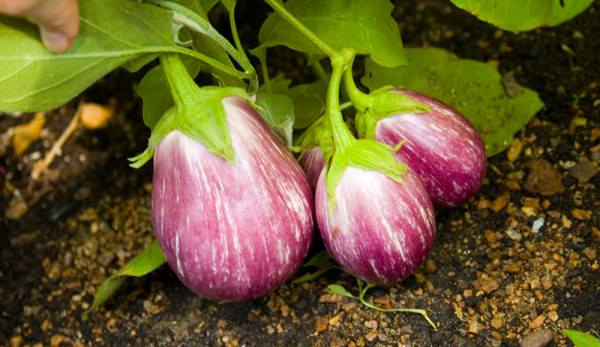 I’ve never seen your garden, but I can predict with a fair degree of certainty that you’re growing at least one member of the Solanaceae family right now. Some of the most tried-and-true garden standbys—tomatoes, potatoes, peppers and eggplants—are Solanaceae members.

This diverse group of plants is also known commonly as the nightshade family. So who else is part of the clan? In addition to tomatoes, potatoes, peppers and eggplants, other less commonly seen Solanaceae members include ground cherries, tomatillos and garden huckleberries. But the family also consists of flowers (including the petunia), trees and shrubs, and even tobacco. The family also includes some poisonous individuals, including deadly nightshade (aka belladonna) and jimsonweed.

There are between 2,000 and 3,000 species in the Solanaceae family, but here’s something that might surprise you: Despite being named similarly to real nightshades, sweet potatoes and black pepper do not belong to the Solanaceae family at all. Black pepper is entirely unrelated to the peppers from the genus Capscicum, while sweet potatoes are from the Convolvulaceae, or morning glory, family.

Solanaceae vegetables are heat-loving, sun-seeking individuals that are happiest in warm climates, but you can successfully grow nightshades in cooler climes, too; it just takes a bit of planning and an understanding of the specific needs of each plant.

These are nutrient-packed, easy-to-grow and delicious in any manner of forms from baked to mashed to fried. Unlike other nightshades, potatoes are grown underground from tubers, and their climate preferences are different. However, they produce one of the highest yields per acre of any crop.

These are one of the most popular vegetables grown by American gardeners each year. Maybe it’s because we love the impeccable flavor of fresh-from-the-vine, sun-ripened tomatoes or because of the hundreds and hundreds of tomato varieties in every color of the rainbow.

Both hot and sweet peppers belong to the genus Capsicum, but the varying range of heat is due to the presence of the chemical capsaicin. Sweet bell peppers do not contain this chemical, resulting in their sweeter flavor. While the large bell peppers are most traditionally associated with sweet peppers, it’s also possible to find sweet peppers in other shapes and sizes, such as the elongated Jimmy Nardello’s Sweet Italian Frying pepper.

This heat-loving nightshade adds gorgeous color and interest to the garden and your culinary pursuits. Although you might automatically think of the purple oblong eggplant varieties, you can also find other eggplant shapes and colors, including red, yellow, green and white.

It’s easy to think, “OK, I planted potatoes here last year, so I’ll move them to this bed and put the tomatoes in that spot,” but crop rotation means that you’ll want to rotate by family, not by individual vegetable. So rotating your tomatoes and potatoes really isn’t helpful; you’ll want to rotate your nightshades with Apiaceae vegetables, such as celery, carrots and parsley, or Cucurbitaceae plants, which include cucumbers, watermelons and squash, to ensure the best soil health and to avoid nutrient depletion.

Although peppers are perennials in the right location, they perform best in North American when they’re started indoors and transplanted outdoors once temperatures are sufficiently warm. To ensure that your seedlings have an ample head start, begin your indoor seeds eight to 10 weeks before you plan to transplant them outdoors. When transplanting, aim for a light, loamy soil with a pH of 5.5 to 6.8, and space the transplants 12 to 18 inches apart in rows spaced 2 feet apart.

For tomatoes, the process is similar: Start seeds indoors and transplant into the garden when soil temps have sufficiently warmed. Tomatoes prefer a similar soil pH to peppers: between 6.0 to 6.8. To achieve a strong root system, consider planting your tomato seedlings using the trenching method, which involves planting the seedling with a significant portion of its stem underground. Sometimes this means planting the seedling “sideways,” then curving the stem upward so that the top of the plant is above the ground. New roots will develop all along the buried stem, giving the plant a strong start and a healthy foundation.

Like their fellow nightshade veggies, eggplants love heat: They’re quite sensitive to cold and must have warm weather in order to thrive. As with peppers and tomatoes, start your eggplant seeds indoors, then transplant outdoors into hills. Eggplants prefer a soil pH in the
5.5 to 7.0 range.

Potatoes are the exception; they like cooler climates. They’re also the exception when it comes to growth and planting, as potatoes are planted from seed potatoes and grow underground. Potatoes do best in a slightly acidic soil with a pH of 5.0 to 7.0. Plant the seed potatoes in trenches 6 to 8 inches deep in rows 12 to 36 inches apart. Space the seed potatoes 9 to 12 inches apart in the trenches (with the potato’s “eye to the sky”), then cover with a couple of inches of soil. As the season progresses and the potato plants continue to grow taller, periodically hill additional soil around the plants to keep the potatoes themselves well-covered with soil and prevent light from reaching them.

I’m always happy to share lengthy lists of my favorite veggie varieties, but I find it difficult to narrow down a list of nightshades into a manageable number. There are just too many wonderful options! If pressed, I might choose these:

For many people, this variety epitomizes the word “eggplant.” Black Beauty is brilliantly beautiful, a stunning glossy black and bears prolifically. It’s difficult to go wrong with a classic like this.

If you’d like to color-coordinate your garden so that your peppers match your purple eggplant, here’s the variety for you! The brilliant, rich purple color is the hallmark of this heirloom sweet pepper, and it strikes an appealingly ornamental note in the otherwise practical atmosphere of the vegetable garden.

If you’d like some purple potatoes to go along with your purple eggplants and purple peppers, Purple Viking potatoes are simply a beautiful option. They’re almost too beautiful to eat, but the flavor is so good that you’ll just have to dig in.

They’re big, they’re bold, they’re beautiful and, by golly, they’re pink! This is a truly excellent variety that consistently produces large (1 pound and up) tomatoes in the most exquisite shade of deep pink.