The Merino is justifiably famous for its wool. Hand spinners adore the Merino’s exceptionally fine fleece, which spins up into a soft yarn. 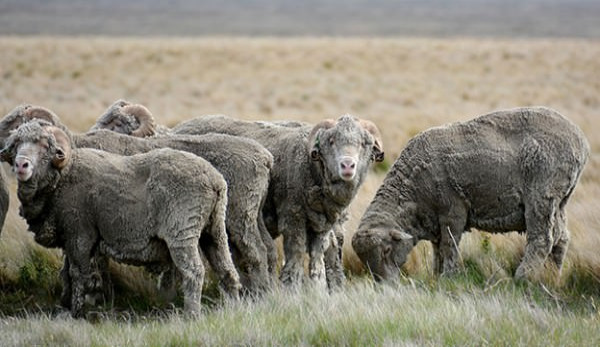 Use: The Merino is justifiably famous for its wool. Hand spinners adore the Merino’s exceptionally fine fleece, which spins up into a soft yarn that, when turned into garments, offers lightweight warmth without the itchy, scratchy feel of coarser wools. Quality Merino wool often fetches top dollar.

History: The Merino has its roots in Spain, where from the fourteenth to the nineteenth centuries this breed with its fine, luxurious fleece dominated the European wool trade. For many years, the Spanish government maintained a monopoly on the breed, refusing to allow its export.  Finally, in 1786 the King of Spain relinquished a small flock to his cousin Louis XVI’s estate at Rambouillet in France (the Rambouillet breed emerged from this stock). After the Spanish empire fell apart, the breed spread to other countries, including Australia, Britain, and the U.S.  Arriving soon after Australia’s settlement, the Merino proved to be as a versatile and resilient breed capable of succeeding in this vast continent’s varied climates and terrain. Today, the Australian Merino – the most common breed in that country — consists of four strains: the Saxon Merino, South Australian Merino, Spanish Merino, and the Peppin Merino.

Conformation: The Oklahoma State University Breeds of Livestock website divides Merinos in the United States into types A, B, and C. The smaller, wrinkly-hided type A Merino developed in Vermont, while the larger type B Merino hailed from Ohio, where breeders selected for a heavier fleece and mutton body type. The adaptable, smooth-bodied Type C, or Delaine, Merino is the most common type in the United States. today. Medium-sized Delaine Merino ewes generally weigh between 125 and 180 pounds, while rams weigh in at around 175 to 235 pounds. Merino rams often sport magnificent curling horns. Each year, the Merino grows a dense, finely-fibered fleece with a staple length of  2.5 to 4 inches long. The wool color ranges from white to cream to straw-colored.

Special Considerations/Notes: Merinos have a highly developed flocking instinct, which makes them good range animals and easy for shepherds and their dogs to herd around. The motherly ewes produce twins about half the time and can breed out of season, allowing shepherds to be more selective about when lambing occurs. These sheep are said to have longer productive lives than other sheep breeds, living and producing wool and lambs for ten years or more.