Forecasts of high temperatures and minimal rainfall across much of the U.S. mean farmers can expect another rough growing season. 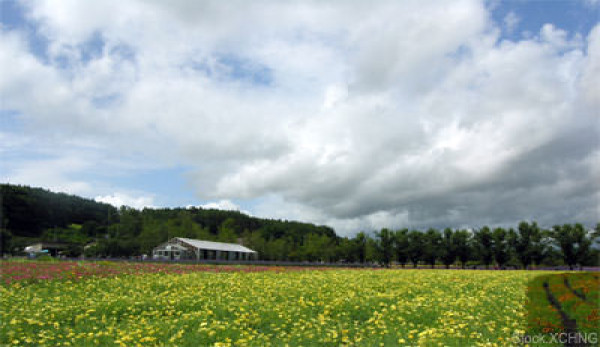 The meteorologists analyzed a range of factors, including La NiĂ±a and El NiĂ±o patterns and climate and sea surface temperatures, to develop the forecast, and they say much of the continental U.S can expect a summer season similar to 2012. Above-normal temperatures threaten areas from west Texas across the Great Plains into the central and southern Rockies, and across the Mid-South. The Great Lakes and the Southeast coast can expect near-normal seasonal temperatures, while a small pocket of slightly cooler-than-normal conditions will bring relief along the Pacific-Northwest coast.

“Last year, the mercury soared, making 2012 the third-hottest summer on record in the continental U.S.,â€ť says senior meteorologist James Aman of the WeatherBug meteorology team. “After examining all available data, we expect to see a summer that is somewhat similar to 2012, but one of the biggest stories weather-wise we will be watching is the drought across Texas into the Southern Rockies. When you factor in extreme weather, including severe storms with lightning and tornadoes that are already making their appearance across the country, we will likely be in for an interesting season.”

Here are additional details WeatherBug meteorologists provided that can help you get your farm ready for the upcoming growing season:

Heating up in the South
Expect above-normal temperatures from northern and western Texas to Oklahoma and the western plains. The Four Corners statesâ€”Colorado (including the Denver metro area), New Mexico, Arizona and Nevadaâ€”and states in the Southeast, including Arkansas, Tennessee and Alabama, will likely see higher temperatures, as well.

Continuing Droughts
The severe and prolonged drought will likely continue as areas already hard-hit by record-low precipitation are expected to receive below-normal rainfall this summer. Expect drier conditions throughout the central U.S., including northern and western Texas, western Oklahoma, areas in the Four Corners states, and regions along the eastern border of California. In these areas, limited rainfall will further task low water reservoirs, increase wildfire risk, and challenge agricultural interests.

Cooling off in the Northwest
Of the continental U.S., the Oregon and western Washington coast is the only U.S. region expected to see below-normal temperatures this summer, continuing a trend from the past few years due to sustained cooler-than-normal water in the eastern Pacific Ocean.

Leveling out Along U.S. Coasts
Floridaâ€™s Gulf Coast and the southeastern coast of the U.S. from North Carolina down to Florida will see average temperatures. The states surrounding the Great Lakes indicate normal temperatures for June through August. Large coastal cities, including New York, are also on track for typical summer conditions. Across the country, Los Angeles is expected to see near-normal temperatures this summer, as well.