Mice & Voles Eating Your Potatoes? Here’s How To Stop Them

Potato growers periodically face damage from tuber-munching critters; here are ways to get rid of or keep out mice and voles. 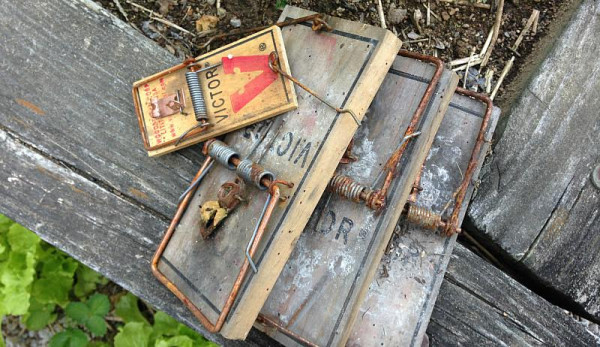 Gardeners who grow potatoes in the ground or in raised beds may find themselves facing damage from mice and voles from time to time. These two little critters love to burrow through garden soil in search of potato tubers. When they find one, they begin to gnaw on it and continue to consume the tuber until they’re satisfied. With mice and voles eating your potatoes, you’re likely to dig up tubers and find anything from just a few bite marks to half of the potato missing.

Because voles can live in colonies of hundreds of individuals, they can cause a lot of damage to a bed of potatoes, but catching them in the act is difficult. Voles are active primarily at night, and they spend most of their lives underground. The vole is a small animal that looks a lot like a mouse with an elongated snout and a short, stubby tail, and it feeds on lots of different seeds, tubers, bulbs and other plant materials, unlike moles, which are insectivores that tunnel beneath the lawn, feeding on grubs and earthworms.

Mice are typically not as problematic as voles because they don’t live in large colonies. However, if other food choices are scarce, they will turn to potatoes. They also love to nestle and dig under the straw that many potato growers use to mulch their beds.

If you discover bite marks that look like two short, side-by-side lines carved into the flesh of your potato tubers, voles or mice are probably to blame. Even on potatoes with half the tuber missing, it’s easy to identify one of these two critters as the culprit because the side-by-side scrape marks will be visible on the exterior of the damaged portion of the tuber.

Why Timing Is Important To Strategy

If you discover mice and voles eating your potatoes when you dig the vegetables up at harvest time, there’s not much you can do because the growing season has ended. Yet you should arm yourself for next year. Vole colonies can live for many years, and once a population of mice has found a good home, it stays nearby from year to year.

If you find evidence of voles or mice earlier in the season, it’s time to take immediate action. Such evidence includes quarter-sized holes in the ground with no loose soil piled around them; track or trail patterns on the surface of the soil where the animals entered and exited the potato patch; and small, young potatoes at the surface of the soil with bite marks on them.

While crop rotation does help, it certainly isn’t a complete control method, especially if your garden is smaller. Voles and mice will travel a good distance to find their favorite foods. Your best bet is to trap these critters with mice or rat traps.

Mouse or rat traps should be baited with peanut butter and set in the potato patch at dusk. To prevent pets from accessing the traps, put the traps inside of an empty soup can with both of its ends cut off. Pets might be able to get to the trap, but by the time they knock it out of the soup can, the trap will be tripped and the pet can’t be harmed.

Continue to set the traps every evening until you go four or five nights in a row without catching a vole or mouse.

Other Ways To Keep Mice &Â Voles Out

If you don’t want to trap and kill the voles or mice, you can also “screen” them out of a raised bed planting of potatoes. Prior to filling the raised bed with soil, line the inside and bottom of the bed with galvanized metal hardware cloth. Neither voles or mice can dig or chew through the metal. It won’t stop them from burrowing down from the top, however, so they might still become an issue for some gardeners, especially if you use straw mulch.

Another option to deter voles is to use a castor oil-based granular repellent in the area. Owls and other birds of prey enjoy catching mice and voles, so making and hanging a few screech owl nest boxes is a good idea, too.