Weeklong conference will educate hobby farmers and ranchers about the opportunities in renewable energy. 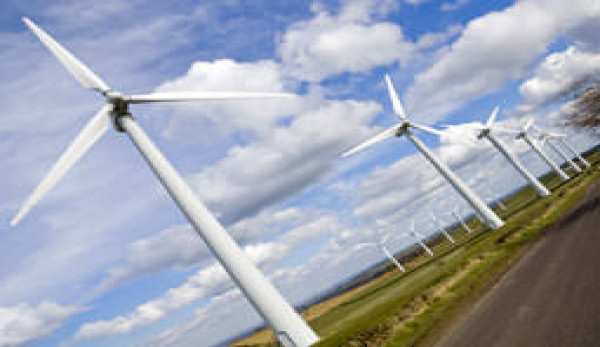 National Farmers UnionÂ has partnered withÂ The Climate Network to conduct a series of meetings this summer across the Midwest on the theme of renewable energy solutions. â€śThe Renewable Energy Tourâ€ť will make stops in Minnesota, South Dakota and Wisconsin from June 27 to July 1.

â€śThis is an educational opportunity for family farmers and ranchers, a chance to see what others like them are doing to take advantage of this increased demand for renewable energy,â€ť says NFU president Roger Johnson. â€śNot only do renewable-energy projects provide farmers and ranchers with an additional source of income, but they also help diminish Americaâ€™s dependence on foreign oil while helping improve the environment.â€ť

NFU seeks to promote renewable energy in a sustainable environment. The tour will provide information to farmers and policymakers on the benefits of renewable energy, its role in rural economic growth, the opportunity for an extra revenue stream for farmers, and attendant environmental benefits. The tour will allow for firsthand dialog with Dirk Ketelsen, a German farmer and renewable-energy expert. Findings will be summarized in a policy report that will be released in Washington, D.C., at the end of July.

â€śWith the tour, we hope to help grow the seed that farmers in the Midwest have planted by turning to renewable energies,â€ť says Till KĂ¶tter, project coordinator for The Climate Network. â€śBy sharing lessons learned in Germany, we want to support U.S. farmers on their way to becoming the energy producers of the future.â€ť

The Climate Network is a two-year program administered by the Washington, D.C., office of the Heinrich Boell Foundation, which seeks to promote transatlantic solutions for the low carbon economy. The Heinrich Boell Foundation is a green think tank and international policy network affiliated with the German Green Party, headquartered in Berlin, Germany, with 30 offices around the globe.

NFU has been working since 1902 to protect and enhance the economic well-being and quality of life for family farmers, ranchers and rural communities through by grassroots-driven policy positions adopted by its membership.