U.S. milk prices are dropping as dairy producers try to keep up with demand. 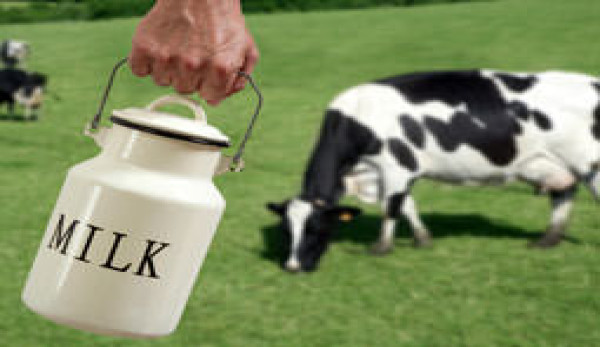 Sit down and pour yourself a cold oneāof milk, that is. June is National Dairy Month and a chance for farmers (and consumers) to celebrate dairy production, dairy farmers and dairy products.

“The dairy industry is big business in the United States, with farm cash receipts totaling 31.4 billion dollars in 2010,ā says Michael Hutjens, PhD, professor emeritus of animal sciences at the University of Illinois. “This represented 10.2 percent of all farm cash receipts.ā

Despite the demand for milk and other dairy products, likeĀ cheese and yogurt, the horizon isnāt looking too bright for U.S. dairy managers. Milk prices have dropped 20 percent and feed prices remain high, leading to a loss of $1 to $3 per 100 pounds of milk produced, depending on the region of the U.S., herd size and level of milk production.

“Milk prices have dropped as world milk prices have declined due to economic downturns in such European countries as France, Italy, Greece and Portugal; high milk production in New Zealand with abundant rain producing high levels of pasture; and milk production up in the United States as dairy farms recover from a disastrous 2009 and 2010,ā Hutjens says. “A mild winter in 2012 also allowed cows to respond with more milk.ā

Feed prices are high because soybean prices, used to produce soybean meal for dairy cattle, have increased as China increased purchases, and dry weather in Argentina reduced yield; drought conditions in Texas and Oklahoma raised hay and forage prices in 2011; and corn prices remain high because 40 percent of U.S. corn is used for ethanol production, he adds.

“Solutions for dairy managers to remain profitable include higher milk yield per cow (lowers the cost per 100 pounds of milk due to improved feed efficiency), high milk fat and milk protein content in milk (increases the milk price received), high-quality milk production (milk processors pay a bonus for quality milk), and the use of by-product feeds, such as corn distillersā grain and corn gluten feed, which reduces feed costs,ā he says.

“Milk prices are predicted to improve in the fall of 2012, but that depends on the summer growing season, which affects feed yields and costs, along with high cull cow prices that encourage removal of cows from the milking herd. Dairy managers need either lower feed prices and/or higher milk prices to return to profitable levels,ā Hutjens says.