If you love cucumbers, give miniature cucumber varieties a try. Their tiny but mighty flavor and size packs a real garden punch. 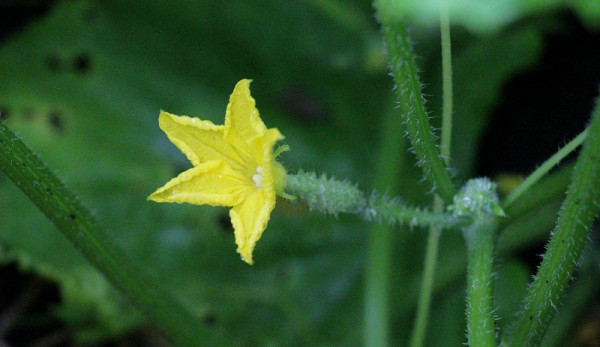 As the seed catalogs come rolling in, my thoughts turn toward planning this season’s vegetable garden. Despite the frigid temperatures and blowing snow outside my window, I’m dreaming of cucumbers. But not just any cucumbers… sweet, crunchy, miniature cucumber varieties.

What Makes These Cucumbers Miniature?

Perfect for containers and small-space gardens, miniature cucumber varieties are among my favorite cucumbers to grow. They’re also a favorite of my son, who enjoys picking them strait from the vines and crunching away on these little garden snacks. They make great pickles, too, if you can manage to save some for the kitchen instead of eating them straight off the vine.

Miniature cucumbers are just a few inches long at maturity, and most are only an inch or so wide. Some cultivars have smooth skin while others have skin that’s pimpled and spined. But regardless of their rind’s appearance, these tiny cukes are productive and delicious.

How to Grow Miniature Cucumbers

Thankfully, there’s nothing special required to grow miniature cucumbers. Sow seeds outdoors in spring, after the danger of frost has passed; there’s no need to start the seeds indoors under grow lights, unless you live in a gardening zone with an extremely short growing season. Seeds should be sown about an inch deep and eight to ten inches apart. Alternatively, you can plant the seeds of miniature cucumbers in containers, putting three to five seeds per 24-inch diameter pot.

The vines can be left to ramble across the ground, but you might find that trellising them or encouraging the vines to grow up a fence or arbor, makes for easier harvesting and blemish-free fruits.

Keep the vines well watered, especially when fruit set begins. And don’t worry if the initial flowers don’t develop fruits; cucumbers produce separate male and female flowers on the same vine. The male flowers tend to be formed a few days to a few weeks before the female flowers arrive. This ensures there’s plenty of pollen around to pollinate the female flowers.

Keep the vines of your miniature cucumber varieties harvested on a regular basis because the more you harvest, the more fruits the vines will produce.

If you’d like to include a few miniature cucumber plants in your garden, here are some of the cultivars I recommend. All produce small-sized fruits on beautiful, lush vines.

Picolino: This sweet little cuke starts producing just 45-50 days after planting the seeds. The fruits reach only 4 inches long and are packed with flavor. They produce early and keep on chugging along for many weeks. It’s also resistant to many viruses and other pathogens.

Excelsior: This super-productive miniature cucumber bears so many fruits, our family can hardly keep up. Topping out at about 4 inches long, each fruit is dark green and evenly colored. Grow them up a trellis just to see the way the fruits hang off the vine; one is produced at nearly every leaf node!

Mini Munch: Quite possibly the cutest of the miniature cucumber varieties, Mini Munch cucumbers are seedless and tasty. Best when picked between 3 and 4 inches long, the crispiness of this variety is superb. The vines are very vigorous and prolific.