Developed in the Mediterranean, Miniature Donkeys can make good pets and are best kept with other animals. 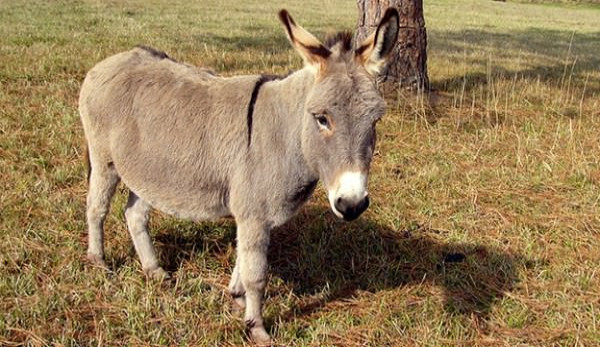 Use: Miniature Donkeys are mostly kept as pets and companions for other equines. They can be taught to drive and pull a small cart. Small children can also ride them, and they can be trained to carry a small pack. Some horse breeders use them to help foals learn how to lead.

Conformation: Miniature Donkeys range in size from 25 inches (the smallest on record) to 36 inches at the withers. They weight from 200 to 350 pounds at maturity. Like all donkeys, they have long ears, a coarse and upright mane, no forelock and a tail covered with short hair and a tassel at the end. Miniature Donkeys come in a number of colors, including gray-dun (or slate gray), red (sorrel), black, brown and spotted. They usually have light tan markings around the muzzle and eyes. Some have dark points. Miniature Donkeys are known for their gentle and affectionate natures.

Special Considerations/Notes: Miniature Donkeys are herd animals and do best when kept with other donkeys or livestock.