The Modern Game is an ornamental chicken breed that can be friendly despite its history of use in cockfighting. Hens will lay about 100 small eggs yearly. 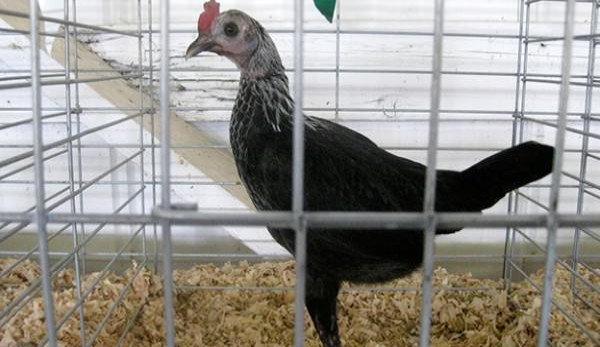 Use: The Modern Game is an ornamental chicken breed that can be friendly despite its history of use in cockfighting. Hens will lay about 100 small eggs yearly.

History: Although the Modern Game chicken breed may stir up ideas of olden day cockfighting, it was never actually used in combat. In 1849, when cockfighting was outlawed in Britain, breeders were left wanting another form of competition. In response, a chicken similar in appearance to traditional game fowl with potential for showing in exhibition was created. As a way of emphasizing the chicken breedãs shape and slenderness, Modern Games once underwent a now commonly outlawed procedure called ãdubbing,ã in which they were stripped of their combs and wattles; however, the American Poultry Associationãs Standard of Perfection recommends a cockãs comb, wattles and earlobes be dubbed to keep the head, lower mandible and throat free from ridges. The Modern Game was recognized by the APA in 1874.

Special Considerations/Notes: The Modern Game chicken breed might exhibit aggression and noisiness; however, itãs typically gentle toward handlers. This quality along with the breedãs willingness to be trained will please chicken fanciers. The small, close-fitting feathers do not lend themselves to cold hardiness, so insulated coops are necessary. The Modern Game is listed in the Critical category of the American Livestock Breeds Conservancyãs Conservation Priority List.