Use these safety measures to clear heavy snowfall on barn and house roofs to prevent collapse. 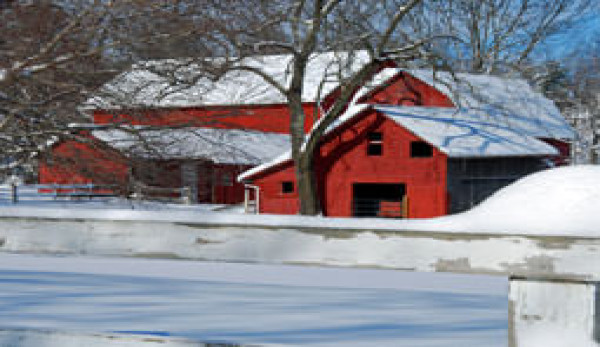 As farms recover from last week’s record-breaking snowstorms, the extra snowpack brings concern of snow loads on house and barn roofs. Warming temperatures earlier this week complicated matters; melting snow can refreeze into a layer of ice that adds extra pressure to barn roofs and allows additional snow to build up on top.

To avoid structural damage to their buildings, farmers and homeowners alike should diligently monitor their roofs andĀ clear off snow if it can be done safely. Guidance for what constitutes a safe load of snow on your roof is based on a number of factors, including the age of the roof, the amount of snow on the roof and the weight of that snow, so itās not the same for every building.

Strange noises, cracking or visible movement of rafters are all be signs that your roof is headed for a collapse, says John Wood, director of the Vermont Division of Fire Safety; however, he cautions those signs wonāt necessarily be there before a collapse.

To prevent a roof collapse, the Vermont Agency of Agriculture and the Vermont Department of Public Safety recommend these steps to clearing off snow:

If there is a concern for personal safety while clearing a roof, a professional contractor should be called in to inspect the roof or to clear the roof of snow.