Monsanto On GMOs, Roundup And Sustainability

Monsanto’s CEO says he wants GMOs labeled and gives his take on the safety of ag chemicals and going carbon-neutral. 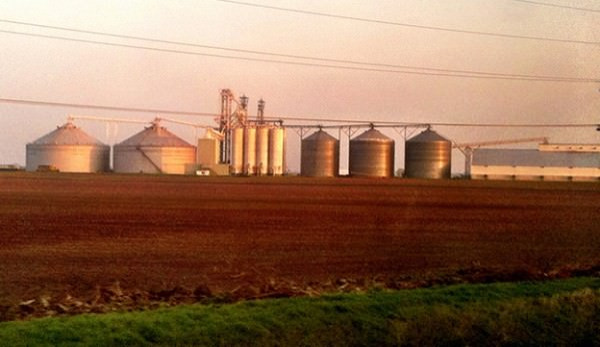 On CBS This Morning earlier this month, Monsanto CEO Hugh Grant talked about GMO labeling, the safety of Roundup and Monsanto’s quest to become carbon neutral. I thought it was an interesting interview and came away wondering how much Monsanto’s public-relations staff get paid (probably more than a freelance ag and food writer), because they’re good at crafting messages that sound nice while not actually saying anything at all.

When CBS This Morning host Charlie Rose asked Grant, “Are you in favor of mandatory labeling,” Grant gave an answer that surprised me:

“I am in favor of some federal standard. I think a broad umbrella in labeling that’s based on science and based on facts, I welcome. My concern, Charlie, is that a lot of the labeling debate so far has been state by state, so independent, different labels in different states, and that results in confusion instead of transparency, and it results in more expense. If there were an overall standard, kind of like the organic—if you look today at the today at the organic-food standard—something that mirrored that, I would be in favor of.”

Then host Gayle King pointed out that Monsanto spent more than $4 billion to defeat a GMO-labeling initiative in Colorado and more than $6 million in Oregon, and Grant said that’s because he doesn’t want a patchwork of state-by-state regulations that will make it so “you can’t move a can of soup from one state to the other.” Grant isn’t alone in his pro-labeling stance, as in a recent poll by the Environmental Working Group, Consumers Union, Food and Water Watch, Friends of the Earth, and Center for Food Safety, 89 percent of people say they want mandatory GM-foods labeling. When is Monsanto going to put some money behind a national labeling campaign, then?

Meanwhile, the Grocery Manufacturers Association is pushing for GMO labels to come in the form of a QR code. I’m saying what a lot of opponents to this idea are saying: What about all of those people who don’t have smartphones, including low-income consumers and older consumers, plus those doing their grocery shopping in areas without data coverage and in stores without free WiFi? (Don’t you mock me—I worked on a farm in an area like that in rural Oregon just two years ago.) In that consumer-groups survey, 88 percent of people want GMO labels printed on the package while 8 percent prefer scannable bar codes.

CBS This Morning host Norah O’Donnell raised the question of Roundup safety to Grant, pointing out the studies that say glyphosate—Roundup’s active ingredient—is carcinogenic. (“Are we, in fact, poisoning our crops by using this Roundup?” is actually how O’Donnell put it.) Grant didn’t respond directly.

“Farmers depend on this. It’s an important tool in the fight against weeds. … I feel very good about the safety of the safety of the product. It’s been studied extensively for more than 40 years. … I think the key for me, forMonsanto and for agriculture in general is we need to do a better job of explaining where food comes from,” Grant said.

Throughout the interview, Grant kept coming back to farmers needing all of these tools—meaning GM seeds and chemicals like Roundup—for their tool boxes if they’re expected to deal with climate change and feed a growing population.

By 2021, Monsanto plans to fight climate change by becoming carbon neutral. So in six years, the world’s largest seed company will have a zero-footprint crop-production program “through a unique program targeted across its seed and crop-protection operations, as well as through collaboration with farmers.” There’s a lot of public-relations-speak going on here, and Grant didn’t elaborate on it during his interview, but I look forward to hearing more about how a company that manufacturers and promotes chemicals is going to save the climate.