Despite recent findings related to the cause of colony collapse disorder, the mystery of disappearing Honey bees hasn’t been solved. 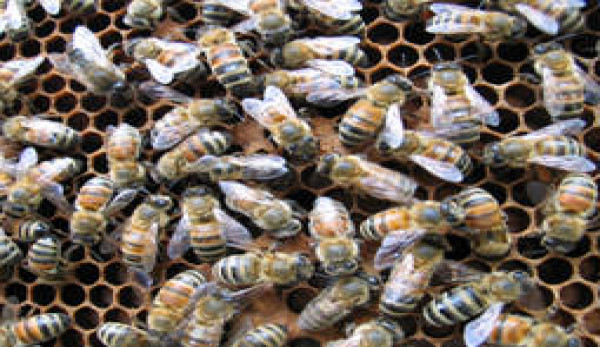 Researchers continue to seek answers to the baffling issues affecting Honey bee health. A recent collaboration among bee specialists, fungal pathologists, virologists and chemists, stretching across universities and the U.S. Army, has led to a discovery linking a fungus and a virus to the mysterious disappearance of Honey bees known as colony collapse disorder.

The findings indicate a deadly link between the presence of insect iridescent virus (IIV) and a fungal parasite of the genus Nosema. While these findings provide new direction for CCD research, the health of Honey bees continues to have a major impact on pollination of food crops of agricultural ventures of all sizes.

Finding Answers
Researchers have more work to do with these newly identified insights. According to an American Bee Federation brief, while they now know there is a link between the IIV and a fungal parasite, there is a need to determine which IIV species is involved.

The recent research is compelling and encouraging, but it will take time to identify the best approaches for addressing the issues.

“Honey bees are very sick,” explains David Mendes, president of the board of directors for the American Beekeeping Foundation. “They have many viruses and their immune systems are compromised.”

Beekeepers and researchers alike are remaining cautious about what the results could mean for crop pollination or honey production.

“Everyone wants to solve the problems of [the bees’] health issues but for now, the scientists are working over the data,” Mendes said.

Not Enough Bees
Pollinating Indiana crops has been Tom Eiseles’ business for more than 30 years. Moving his 1,800 hives two to four times a season, Eiseles finds himself with a waiting list of farmers who need bees for greater crop productivity.

Three years ago, Eiseles lost 70 percent of his bees. While he strives to raise healthier bees, other beekeepers are leaving the industry.

“There aren’t enough good hives for pollinating crops properly,” he says. “Beekeeping has never been a major industry in Indiana, and pollination of crops such as blueberries is getting desperate. The need for bees is trickling out into other parts of the country; there aren’t enough to do all the almonds in California.”

CCD is a fairly recent development. Honey bees have also been plagued by parasitic mites such as the Varroa mite who attach themselves to both young and adult bees. The mites puncture the animal’s body, sucking fluids, weakening the individual and spreading disease in the hive.

“Before all the mites, we didn’t know what to do with our extra bees,” he said. “Now we wonder how we are going to get more bees. This is a complete turnaround from 20 years ago. Now, none of us have enough bees.”

In It for the Honey
While some beekeepers are in the business of pollination, others are honey producers.  They aren’t moving hives throughout the growing season, but rather placing them in prime locations for a good honey crop. Still, beyond bee health, there are factors such as weather that can significantly affect honey production.

He suggests that some honey growers bought their product from as far away as Canada and China in order to resell it as their own. However, 2010 saw better weather across the Midwest to the Dakotas, resulting in improved local honey production.