The Magic of Moths: 5 Things You Need to Know

Far more than just the nocturnal cousin to the lovely butterfly, moths are beautiful, important contributors to the ecosystem. 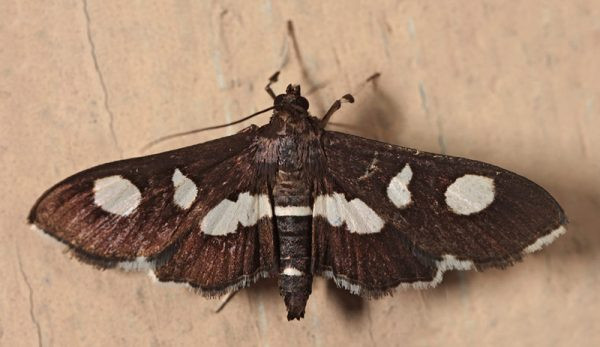 Mention the moth, and you’re likely to conjure images of a fuzzy winged creature, throwing itself at an outdoor light fixture. But the moth is much more than the underrated “cousin” to the butterflyâ€”at least, it should be. Moths are important. They’re beautiful, beneficial insects in their own right, and they should be respected as such. Let’s learn more about the magical moth together, debunk some myths and shed new light for the moth to flock to.

Moths live and pollinate on every continent in the world except for Antarctica. Some studies suggest that they’re the most important pollinators, second only to bees, in the United Kingdom. Moths are nocturnal, feasting on the nectar of flowering plants, “accidentally” transferring pollen from one flower to the next as they go.

Adult moths and their caterpillars are important sources of food for many creatures, including a wide range of birds and their hatchlings as well as lizards, toads, shrews, hedgehogs, bats, frogs and other insects. Moths are gentle, can’t sting or bite, and they pose no threat to humans.

3. Most Moths Won’t Ruin Your Clothes

It’s estimated that only two moth species out of several thousand are attracted to dirty, stagnant clothes. Regardless, there are methods of wearing, washing and storing clothes that don’t attract (or repel) moths.

A handful of species are sensitive enough to tell us when an ecosystem is healthy, and moths are one of them. Because they live in so many corners of the world and are so sensitive to change, we can look to moth populations as an insect barometer of environmental health. They are affected by changes in the natural world, including chemicals and pollution, early and dramatically, making them an important indicator of health. Track the presence of moths in and around your home; when are they present? When do their populations decline? Does it correspond with other events in and around your neighborhood?

In the insect world, the pretty ones get the press. It’s a sad but true fact. Nowhere is it more apparent than with moths and butterflies. Being mostly diurnal ourselves, we encounter butterflies more often. Their bright, bold, vibrant coloring is an evolutionary deterrent against the daytime creatures that want to eat them. But while moths have developed different features to adapt to their night lives, many are equally as beautiful as butterflies when we bother to look. Examples are the crambid snout moth (Desmia maculalis, pictured at the top of this post) and the elephant hawk moth (pictured below). Some even look like butterflies. Next time you see one, have a closer look if you can.

Metaphysically, moths are considered magical creatures, bringers of messages from other worlds and reminders of our spiritual nature. It is believed that moths show themselves to us when we’re at a crossroads of important change, emotional growth or expansion. Whatever your faith or belief system, moths are more than what they appear.