Move that Barn! (But Read This First)

Before transplanting an old barn onto or away from your property, note these five considerations that could affect the moving process. 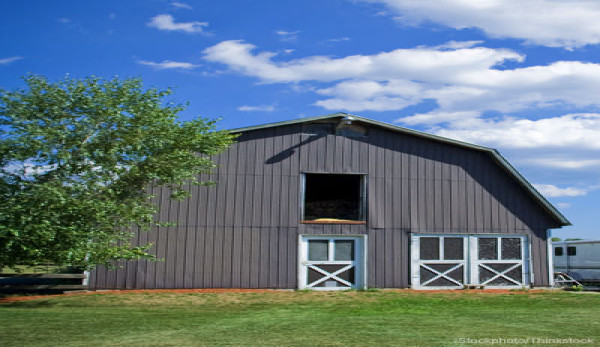 So you want to move a barn. Whether youâ€™re trying to save money, have a failing foundation or would rather preserve a bit of history than cut down more trees, there are quite a few things to consider before making the big move. Here are five tips that will have you on your way to a safe and efficient barn move.

1. Distance and Method
Thereâ€™s more than one way to move a barn. Lifting it and transporting it in its entirety might seem to make the most sense, but even with the help of professional building movers, itâ€™s a risky endeavor if moving the barn between properties.

“It almost has to be in an area where youâ€™re not moving it far, and you wonâ€™t have to worry about electric lines and communication lines,â€ť says Zeke Boyle, a barn historian and owner of Beechwoods Barns in Callicoon, N.Y., who has consulted on barn projects for the National Park Service and the U.S. Military Academy at West Point.

Itâ€™s particularly important with old barns to consider keeping the moving distance short. Older barns have a regional character that links it to its historical use in that area, so you might want to think twice before taking it out of its region.

“The interesting thing about the old barns is that as you go across the country, youâ€™ll see different styles,â€ť says Boyle, who considers historic barns icons of American architecture. “That was often because of the ethnic groups that were predominant in the area. They brought the styles from Europe with them.â€ť

No matter how far you plan to move a barn, the most viable option, according to Boyle, is to dismantle it first. This requires the use of a crane or boom truck, and while Boyle makes it sound relatively simple (“Take the wooden pegs out that hold the joints together, lift the beams off, put them on a tractor trailer, and move them to a new site,â€ť he says), it would be wise to enlist the help of a barn consultant or a friend who has a background in construction.

2. Age and Condition
Believe it or not, youâ€™re better off moving a really old barn than trying to transport anything built after 1900, Boyle says. Early American barns were built with beams hewn from single virgin-growth trees, which made for sturdier barns with fewer parts. “It was really a superior type of construction to the methods that followed after that,â€ť he says.

Before you commit to any barn, have it inspected for signs of moisture or insectsâ€”the two main causes of barn deterioration. A certified home inspector or barn consultant should be able to detect any issues.

3. Storage
If you plan to dissemble an old barn but arenâ€™t able to put it back together in its new home right away, Boyle recommends storing the timbers off the ground (shipping pallets or other platforms will work well), leaving space between each piece to maintain airflow, and covering all of it with temporary metal roofing, like the kind youâ€™d find on an old barn. When stored properly, he says, barn timbers should last for years.

4. Local Codes
States, cities and even some neighborhoods have their own rules and regulations regarding the types and sizes of outbuildings allowed on residential properties, and they often depend on lot size or zoning.

The best way to find out whether you can plop down that big, beautiful barn on your land is to get in touch with your most local government bodyâ€”either the city or the county officeâ€”to find out exactly what you can and canâ€™t put on your property.

If youâ€™re not sure about the specifications of the barn, an engineer or barn consultant can determine that for you.

5. Long-term Investment
Keep in mind that an old barnâ€”no matter its new purposeâ€”is an investment. Much like an antique car or piece of heirloom furniture, it will require proper care, which isnâ€™t always cheap, but the character and open interior spaces are almost always worth it.

“Once you move it and put new siding and roofing on, an old barn will last just as long or longer than any conventionally built barn,â€ť says Boyle, who built his upstate New York home in 1975 using recycled barns.

To learn more about barns, Boyle recommends checking out Barn: The Art of a Working Building (Houghton Mifflin Harcourt, 1992) and Barn: Preservation & Adaptation, The Evolution of a Vernacular Icon (Universe, 2003) both by David Larkin, Elric Endersby and Alexander Greenwood.

To find more information on historic barns, visit the National Barn Allianceâ€™s website, which features everything from state and local resources to information on grants and tax credits for barn preservation.

Check out these other barn articles from HobbyFarms.com: