Mulch is a barrier method of weed control. 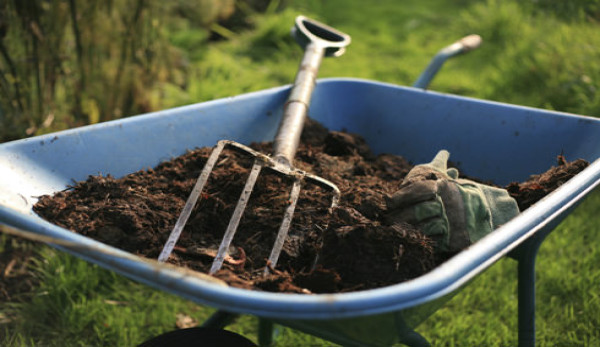 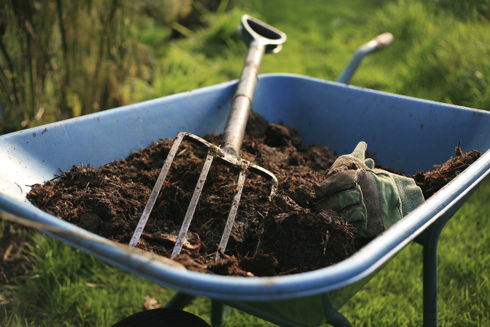 Los Angeles garden designer Shirley Bovshow describes mulch as “birth control for weeds.ŌĆØ But just like birth control for people, you have to be dutiful. Letting the joys of gardening overrule your good sense only leads to having more “baby weedsŌĆØ than you can count.

Mulch is a barrier method of weed control. It blocks the sunlight that most weed seeds need for germination. In most climates, a 2- to 3-inch layer of organic mulch should last a year in a perennial bed. Beds of annual flowers or vegetables only need an inch to hold them until the change of seasons.

Mulch will slash weed populations, but it wonŌĆÖt exterminate them. Those few weed seeds blown in on the wind will think your fresh mulch is a seedbed. Dense plantings can provide a second layer of shade ŌĆö and birth control ŌĆö for those latecomers. And few perennial weeds are stopped by a mere layer of mulch; youŌĆÖll need to use sterner measures, such as grubbing out or starving them of light with solid barriers, such as cardboard, before spreading mulch.

Weed control is enough reason to employ mulch, but it has other terrific virtues. Here are four more metaphors for the many roles that organic mulches play in the garden.

Leaving bare soil is a cardinal sin of gardening. Not only does this damage the garden, but itŌĆÖs a pain in the eye. So think of mulch as make-up for the garden. Done right, itŌĆÖs like the unblemished skin that makes the lips, eyes and brows of the gardenŌĆÖs face even lovelier. Like lip gloss, donŌĆÖt be afraid to try different ones. Using a variety of mulches help give plant beds their identities. We use buckwheat hulls and cocoa hulls in the vegetable garden. Coffee chaff covers the soil of a tropical plant garden. The herbs and other dry-land plants get a Cabernet-colored gravel mulch (IŌĆÖll write more about the effective use of gravel mulches in a column next year).

Any of these mulches also act as a shock absorber┬Āfor the rain that falls and as shade cloth for the sun. If you have bare soil in your garden ŌĆö you sinner! ŌĆö a little poking around with a trowel will reveal a couple of things.

First, the bare soil is more compacted than soil under mulch. Pounding by rain does that. Rain drops may not seem very heavy, but over time, rainfall compresses the air right out of the ground. This compaction kills roots.

We get about 35 inches of rain a year where I live in North Carolina. So a square foot of bare soil is pounded by about 22 gallons of water, which weighs about as much as I do ŌĆō 175 pounds. But that weight is amplified by the distance it falls. Mulch (and plant leaves) happily absorb the shock of that water torture so the soil doesnŌĆÖt have to.

Second, poking around will also reveal that the bare soil is dryer than soil under mulch. Even in a shady garden, sunshine and wind can suck the moisture out of the soil. If youŌĆÖd like to spend less time and money watering your garden, then get religious about mulching.

Last in our medley of metaphors, think of organic mulches as food for soil creatures.ThatŌĆÖs more than a metaphor; itŌĆÖs a scientific fact. Digesting organic matter is the main job of the “billions and billionsŌĆØ of bacteria, fungi, earthworms and other creatures in a cubic foot of soil. This matters to gardeners because all this microscopic munching creates the moist, airy, nutrient-rich soil that plants thrive in.

In my zone (7), I find the best window for spreading mulch is between Christmas and Valentine’s Day. By Christmas, thereŌĆÖs been a killing frost and I’ve cut back many perennials. Before ValentineŌĆÖs Day, most bulbs havenŌĆÖt come up, leaving plenty of elbow room. This is also the period when all the tree leaves have fallen; they can be shredded and spread as mulch. Your climate may call for different mulching window, but pick your time and make prophylactic mulching a habit.