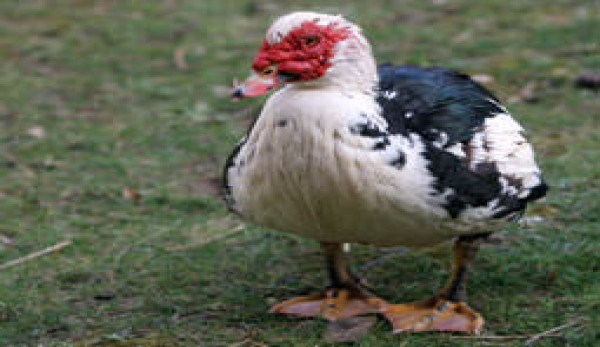 The U.S. Fish and Wildlife Service is revisitingÂ a ruling on Muscovy ducks to allow the ducks to be raised on farms and in other small-scale settings.

The regulations put in place in March 2010 under the Migratory Bird Treaty Act allowed the use of Muscovy ducks for commercial purposes and were intended to help control expanding feral populations, but they did not consider certain uses of domesticated Muscovy ducks. The current proposed changes to the ruling reiterate that the captive-bred ducks cannot be released to the wild, but they take into account small-scale farmers who raise Muscovy ducks for eggs, meat and show. The FWS is accepting public comments on the proposed changes until Dec. 30, 2010.

â€śWhen we published proposed regulations to govern Muscovy ducks in 2008, few people commented on them,â€ť says George Allen from the FWSâ€™s Division of Migratory Bird Management, who wrote the ruling and its proposed changes. â€śHowever, after we finalized regulations last March, many people contacted me about their concerns with the regulations.â€ť

Tobi Kosanke, who keeps Muscovy ducks on her farm in Hempstead, Texas, is one of the people who has expressed concerns with the March 2010 regulations as well as the current revisions.

â€śThis regulation makes it illegal for individuals to keep pet Muscovies in their house or yard and for subdivisions and golf courses to maintain their pet duck populations. It also makes it illegal for counties and cities to place Muscovy ducks on their ponds,â€ť she says.

While sheâ€™s pleased that the revisions allow the Muscovy ducks to be kept for show and food purposes, she encourages people make comments to FWS on the proposed changes.

â€śThere are better ways to solve this problem, such as making it illegal for them to be sold or given away at carnivals and flea markets,â€ť she says.

The problem of Muscovy ducks being released into the wild, she contends, results from a small minority of irresponsible pet owners. Because of this, she believes the majority of people who keep Muscovy ducks as pets suffer under the current regulations and the regulations should be modified to accommodate this group of Muscovy duck owners.

Kosanke also believes the Muscovy ducks should not be controlled by the federal government.

â€śMuscovy duck problems that exist in the U.S. should be handled by specific counties and states: local problem, local solution,â€ť she says. â€śWhat I find particularly inappropriate is that Mallards, who do migrate and are also a nuisance in local pockets of the U.S., do not have a control order and are not required to be marked.â€ť

Native to Mexico, the Muscovy has set up natural habitats in parts of Texas. Although the Muscovy duck is not a migratory bird in the U.S., the Migratory Bird Treaty Act protects all naturally occurring Anatidae listed in Mexico and Canadaâ€™s treaties, says Allen. It also does not take into account wild versus domesticated birds.Â

â€śWe donâ€™t have the option of regulating some Muscovies and not regulating others,â€ť he says. â€śWhat we can do is put regulations in place that accommodate the uses of which we are aware.â€ť

Allen has the task of balancing viewpoints like Kosankeâ€™s with the opinions of state wildlife agencies that donâ€™t want the Muscovy duck, which is exotic to most of the U.S., to be introduced to the wild.Â Â

â€śI know that Muscovies are not the problem that many other introduced species are, but I donâ€™t think we should approve their release in locations where they are not native,â€ť he says.

While the current ruling does not require that feral populations of Muscovy ducks in parks or ponds be controlled, it does allow state and local entities to control them. This authority was already available to the states before the Muscovy duck fell under the Migratory Bird Treaty Act.

In the meantime, Allen says, the FWS has asked the Law Enforcement Division not to enforce the prohibitions on keeping Muscovies in small operations.

You may submit your comments regarding the Muscovy duck regulations through the Federal eRulemaking Portal. Follow instructions for submitting comments on Docket No. FWS-R9-MB-2010-0037. You may also submit your comments by mail to Public Comments Processing, Attn: FWS-R9-MB-2010-0037; Division of Policy and Directives Management; U.S. Fish and Wildlife Service; 4401 North Fairfax Drive, Suite 222; Arlington, VA 22203-1610. All comments, generally including personal information provided, will be posted on the Federal eRulemaking Portal.