Sporting a variety of looks, the Mustang is one of the first wild horse breeds in North America. Controversy still surrounds their living in the wild. 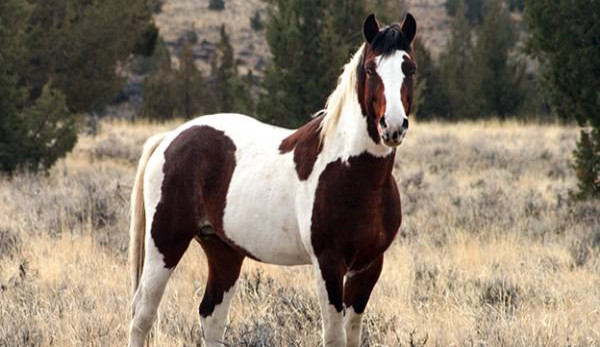 Use: Sometime called Bureau of Land Management Mustangs or BLM Mustangs, these horses have been used in every discipline, including hunt seat, jumping, western, trail, gymkhana, driving and cow work. They excel in endurance, and exceptionally rugged. They often make reliable and confident mounts.

History: The first wild horses in North America were descendants of the horses brought to this continent by the Spaniards. Escapees from ranches, these horses were once the mounts of European conquerors and went on to become the first wild horse herds in the United States. These first wild horses, descended from pure Spanish blood, came to be known as Spanish Mustangs. In some parts of the United States, descendants from these same wild horses can still be found in isolated pockets of the West. In most cases, however, today’s wild horses are descendants of ranch horses that escaped into the wild over the last several decades. They can be found throughout the United States, although most live in Nevada, California and Utah. In the 1960s, wranglers rounded mustangs up by the thousands and sold them to be slaughtered for pet food. In the 1971, pubic outcry convinced Congress to pass the Wild Horse Protection Act, which made it illegal to capture and sell wild horses for slaughter. Since that time, wild horses have enjoyed protection on the government lands where they live, in states such as California, Nevada, Wyoming and Montana. Controversy still rages over whether wild horse herds should be allowed to live undisturbed or be rounded up periodically and put up for adoption. Currently, thousands of wild horses are rounded up by Bureau of Land Management (BLM) agents each year, using trucks, helicopters and riders on horseback. After capture, the horses are sent to adoption centers around the country, where those interested in providing a home for a wild horse can bid on their horse of choice.

Conformation: Mustangs come in many different types. Conformation varies depending on the originating herd. Most are between 14 and 15 hands, and many show characteristics similar to the Spanish Mustang. Mustangs come in every solid color and pattern known in horses. They typically have hard hooves and a strong constitution.

Special Considerations/Notes: Mustangs require considerable training after adoption from a BLM facility. Most have never been handled by humans.