My First Encounter With Morel Mushrooms

On a weekend hike, our family happened upon what looked like morels—and upon further investigation, we learned they were! 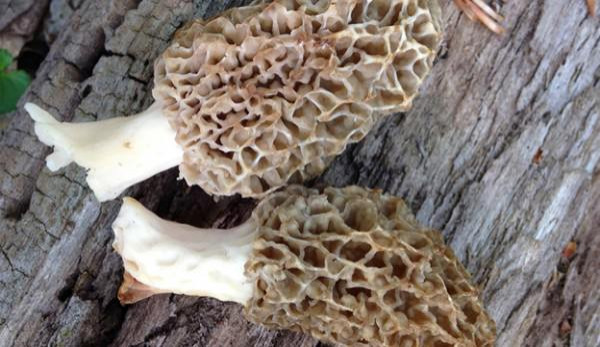 Last Sunday, I was hiking with my husband and son at a large, wooded park a few miles from our home. As we were walking down one of the trails, my husband spotted something in the woods. He told me to “look at that weird mushroom thing” hiding amongst the leaf litter. I ducked down under a branch to find what we both thought was probably a morel mushroom. Their appearance is fairly distinctive, though I’d never seen one in real life before—only in pictures. I picked it, along with another one we found nearby, and snapped a few quick photos.

I sent the pictures to a co-worker and asked him to forward the images to his friend who’s a mushroom-identification expert. Mushroom identification is nothing to mess around with, and eating the wrong variety can result in an upset stomach, hallucinations or even death. There was no way we were going to take a gamble and eat those mushrooms without a proper ID first. 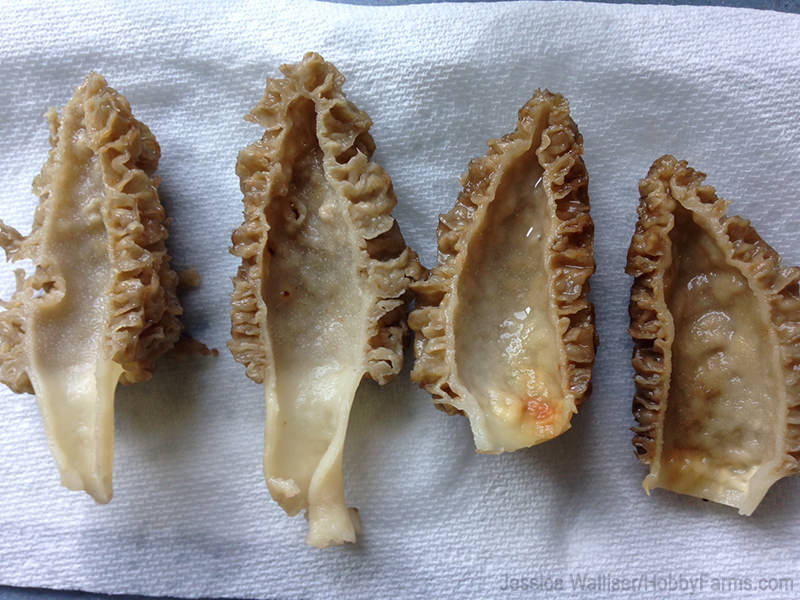 After conducting my online research, and hearing back from the expert (and consulting yet another foraging expert), we felt 100-percent positive that we had ourselves a pair of morels!

Cooking Up Our Morels

The funniest part of all this is that I don’t even like mushrooms. I will even take it a step further and say that I hate them. I can’t stand the smell of them cooking or even eat a piece of food that once touched a mushroom. In fact, mushrooms are one of the only foods I absolutely will not eat. Ick! So after all that, my husband was the one who got to reap the benefits, which seems only fitting since he was the one that discovered them. After more research on how to prepare them, the following morning I soaked them in water to clean out the grit, sliced them up, fried them in butter, and made him an omelet with eggs from our hens. It was the first time he’d ever eaten morels.

When he was finished, I asked him if all the fuss about morels was justified. His response: “It’s like eating a Kobe beef tenderloin and realizing all the other steaks you’ve ever had before might as well have been ground chuck.” I’d say he was impressed.

Needless to say, we’re planning another trip to the same park later this week.