There’s a lot in store for my family and my garden in 2016. Take a peek at my resolutions, and share your own. 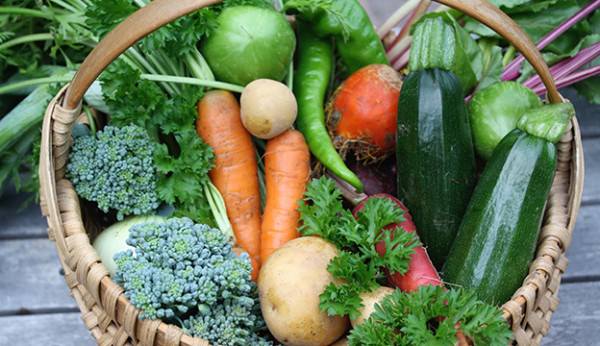 This time of year, many of us find ourselves reflecting on how an entire year could manage to slip away so quickly. Not only do we think about what we’ve accomplished (or not accomplished, as the case may be) over the last 12 months, but we also begin to set our sights on new targets for the coming year.

You can call them “resolutions” if you’d like, but I prefer to call them “goals.” Whether they’re professional or personal, tangible or not, it’s good to have a list of endeavors you’d like to tackle before the next New Year’s Eve rolls around.

For me, having these yearly goals recorded on paper is a must. I print them out and keep them tacked to the cork board above my desk. That way, when I feel I’ve completed one of my goals, I can cross it off with a big, black magic marker. It somehow seems more official that way—and way more significant. I’m a list-maker in general; mostly because I have a really, really bad memory, and if I don’t write things down, I tend to forget them. Having these larger goals in front of me every day serves as both motivation and inspiration. It somehow makes reaching them a little bit easier.

So, in honor of 2016’s arrival, I’ve decided to go public with my resolutions/goals for the coming year. Some are related to the garden, while others are not. But, they’re all items you might find yourself considering for your own 2016 goal list.

At present, I try to read a book a month, either for pleasure or for business. But, I could read a whole lot more. I often find myself hunkered down in front of the television after my son goes to bed, instead of reaching for a good novel. I blame it on my fried brain, and the truth is, for me, television is easier than reading, especially after spending most of my work day sitting in front of a computer screen. But, there’s no doubt in my mind that reading is far better for my well-being than television is. So, in 2016, I’ll be powering up my Kindle more and leaving the remote alone.

Those of us who are mothers of young children know exactly what this term refers to. It seems that so many mommies I know are constantly trying to one-up each other, spending more time showing off their Pinterest-related crafting and baking skills than spending quality time with their kiddos. I’m loathe to admit that sometimes I fall into the trap, too. But as of 2016, I’m ditching the “showmanship” and getting back to the heart of what’s important: Spending time with my son.

While my garden is already chock full of native plants, I’m taking it a giant leap forward this year and completely digging out a whole bunch of non-native perennials and replacing them with North American native species. An ongoing goal for the past several years has been to incorporate as many of the beneficial insect-attracting plants and techniques I discuss in my book, Attracting Beneficial Bugs to Your Garden: A Natural Approach to Pest Control (Timber Press, 2014), as I can into my own garden. This is the last step remaining. I’ll be cleansing the garden, so to speak, all season long.

Much of the work I do as a garden writer and communicator involves visual aspects as much as the written and spoken word. More often than not, a single photograph provides just as much impact as a 500-word article. I’m constantly toting my camera around, and taking photo opportunities whenever they present themselves. I bought a brand new Canon EOS T5i this summer and plan to use it a lot 2016. I hope to expand my professional photo library and take tons and tons of family shots, too.

5. Grow More Of What We Eat

My final goal for 2016 involves the vegetable garden. I love growing new and unusual varieties, but sometimes I do it at the expense of the old standby crops I know my family loves. So this year, rather than trying every new variety on the block, I’m going to stick mostly to the veggie varieties we eat the most. I’m going to dedicate the vast majority of the garden’s real estate to our favorites and grow only a handful of new-to-me selections, instead of dozens.

Do you have a goal for the New Year? I’d love to hear about it in the comment section below. Happy New Year everyone. May 2016 bring you health and happiness. And lots and lots of green!