It is the sweet, simple things of life which are the real ones after all. –Laura Ingalls Wilder 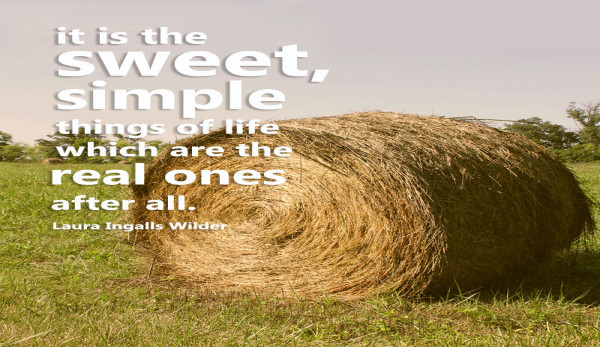 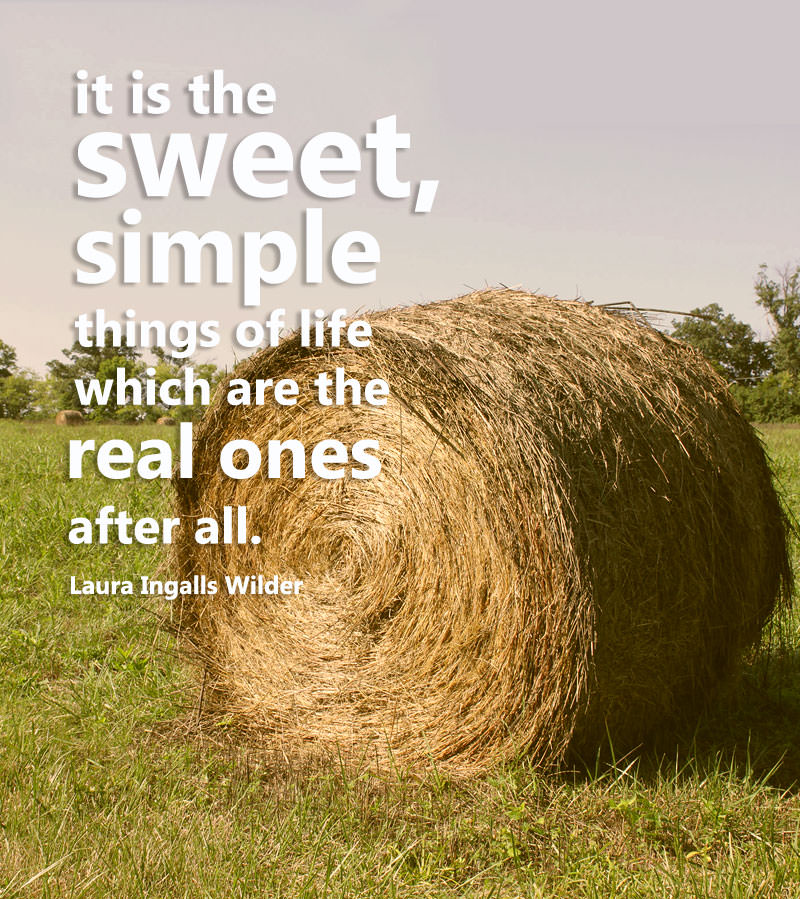 I’m not a country girl by upbringing. I grew up in the suburbs of Birmingham, Ala., with a major interstate a quarter-mile outside my bedroom window. It wasn’t as bad as it sounds, though.

My childhood home, which my parents still live in, backed up to a wooded hillside with a run-off stream that pooled in a hole under a large tree and eventually ran into a ditch in front of our house. That ditch was a “creek” in my eyes, where we—me, my sister and our neighbor—would play for hours, sifting “gold” out of its sediment and making “rouge” out of the red, Alabama clay. This was country life in the big city.

And while there was also a McDonald’s a half-mile from our home’s front door, my parents sent me to an elementary school a county over, where the closest fast-food restaurant was at least 15 miles in any direction. That little church school resting on a windy hilltop surrounded by grassy fields offered me a taste of country life that I wouldn’t have experienced at the school in my neighborhood. Recesses were spent playing on a wooden fort and picking bouquets of wildflowers. Science classes were held at a nearby pond where we observed tadpoles and maybe even the occasional crawdad. One day, we even made biscuits from scratch at our teacher’s nearby house. This was my so-called country life on the weekdays.

I also got my dose of country life when visiting my best friend’s house on weekends. I thought it was so cool how everyone in her family—grandparents, aunts, uncles, cousins—had a house on the same road. We rode her horses, played King of the Mountain with her uncle’s goats, hiked to waterfalls and drove four-wheelers on wooded, red-dirt trails. We only played inside when it was raining.

There were other brushes with country life growing up, like the trips with my parents to Spruiell’s Dairy in Leeds, Ala., for some homemade ice cream. It wasn’t a fancy place and there weren’t 31 flavors, but it was the best ice cream I’d ever had. … Or playing in my paternal grandfather’s large vegetable garden. His cornstalks, twice as tall as I was, made a great place to get lost during games of hide-and-seek. … Or tasting grapes straight from the vines encircling the old clothesline in my maternal grandparents’ backyard—the same yard my mother ran around in as a child.

Now that I have a new daughter—our first child born 11 weeks ago today—I’m thinking about how she will experience childhood and, all of a sudden, the square patch of grass we call a backyard just doesn’t seem to cut it. Yes, it’s enough room for a vegetable garden and a fort of some kind, I’m sure.  Yes, there is honeysuckle growing on the fence for her to tickle her taste buds with and even the occasional rabbit family that hops through. But will it be enough to give her the simple pleasures I experienced in childhood?

I want her to enjoy playing by a pond or in a proper tree house like her dad did growing up in rural Kentucky. I want her to take tractor rides at her grandpa’s house and taste the rhubarb growing under her grandmother’s windowsill. Although the “creek” at my childhood home has long been covered up by the city, the run-off stream still pools at the base of that old tree in the woods. I want to take her there and watch her splash her feet where I used to.

As Laura Ingalls Wilder put it, “It is the sweet, simple things of life which are the real ones after all.” As I think about my daughter’s years ahead, the list of what I want for her is long, but it’s these simple things I want her to experience while she’s young. Maybe it’s time to trade in our patch of grass for a country backdrop . While I’m not a country girl by upbringing, maybe my daughter will be.