Since late spring 2021, hundreds of bird deaths have occurred in multiple states. Here's what you need to know about the dying birds and how you can help. 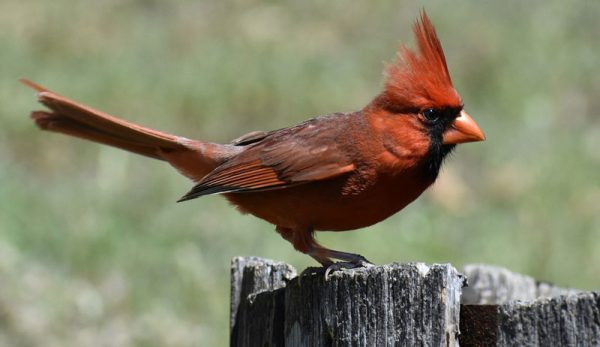 Affected birds may have swollen, crusty eyes. They may also exhibit neurological symptoms like trembling and an inability to balance themselves.

According to an interagency statement from the U.S. Geological Survey and partner organizations, people began reporting the trouble in late May. Since then, residents in Delaware, Indiana, Kentucky, Maryland, New Jersey, Ohio, Pennsylvania, Virginia, West Virginia, and Washington D.C. have discovered sick and dead birds.

A recent Smithsonian Magazine report suggests affected birds are also showing up in Tennessee and Florida.

Researchers have tested specimens for various parasites, avian influenza and West Nile virus. They’ve also looked for Newcastle disease and other paramyxoviruses, herpesviruses and poxviruses. Ditto for bacterial pathogens like Salmonella and Chlamydia.

So far? They’ve come up empty.

â€śTransmission electron microscopy and additional diagnostic tests, including microbiology, virology, parasitology and toxicology are ongoing,â€ť notes Kate Slankard. She is an avian biologist with the Kentucky Department of Fish and Wildlife.

â€śThe labs, veterinarians and bird biologists involved are still working hard on this to understand the problem,â€ť Slankard adds.

There could be a connection to the recent cicada binge that birds in parts of the U.S. recently enjoyed. â€śSome people have speculated that it might be linked to that fungusâ€”the so-called zombie fungus,” says Dr. Keith Clay.

Clay is a professor and chair of the Department of Ecology and Evolutionary Biology at Tulane University.

“It infects some cicadas,” he continues. “Neurological and behavioral [symptoms] like difficulty maintaining balance would all be consistent with the chemistry that this fungus produces inside the cicadas.â€ť

Dawn Hewitt is editor of Bird Watcher’s Digest and Watching Backyard Birds. She thinks that both pesticides and cicadas could play a role.

â€śMy own speculation is that the cicadas have been poisoned by pesticides,â€ť she says. â€śThey’re soft and juicy when they emerge. I think that parent birds shoved toxic cicadas down their babies’ throats.

“And that’s why fledglings were often the birds … found to be dying.â€ť

â€śWe don’t have Brood X here in Marietta, [Ohio]. But the west side of Columbus does,â€ť Hewitt says. â€śPeople [in Marietta] have not reported dead and dying birds.â€ť

But people living in other regions of Ohio have reported many bird deaths. Still, correlation isn’t causation. States with Brood X cicadas included:

â€śA question I would have is whether these deaths are concentrated in certain species and in certain regions,â€ť Clay says. â€śAnother kind of evidence would be if there are birds that are continuing to die of similar symptoms even though most of the cicadas have disappeared.â€ť

While Clay thinks the cicada link is a plausible idea, he adds, â€śThe main alternate hypothesis that has to be tested is whether there’s some kind of bacterial or viral infection that is killing them.â€ť

Read more: Keep an eye on your farm’s resident critters with a wildlife camera.

How You Can Help

â€śWe are recommending that people follow the guidelines from their state wildlife authorities,â€ť Hewitt says. â€śFor instance, Massachusetts recently issued an advisory recommending that people stop feeding birds and take down bird feeders. And that is in spite of the fact that there have been no reports of dead or dying birds found in Massachusetts.

“They’re trying to pre-empt the problem.â€ť

If you’re in one of the affected by bird deaths and you’ve been feeding birds this summer, you should stop. Take down feeders, clean well and store until the danger for birds has passed. Additionally, check with your state’s conservation agency, which should have announcements and recommendations regarding bird die-offs where you live.

And if you happen to find a dead bird? Fit a plastic bag over your hand, pick up the animal, then turn the bag inside-out to contain the bird. (For added protection, also wear disposable gloves when collecting the bird.)

Next, report your find to your state’s Department of Natural Resources or Wildlife Conservation Office. The authorities might want to test your specimen. And, if not, they can recommend methods for its safe disposal.