Changes in climate and nectar flow have complicated beekeeping, but seasonal checks and tasks can help keep honeybees healthy and productive. 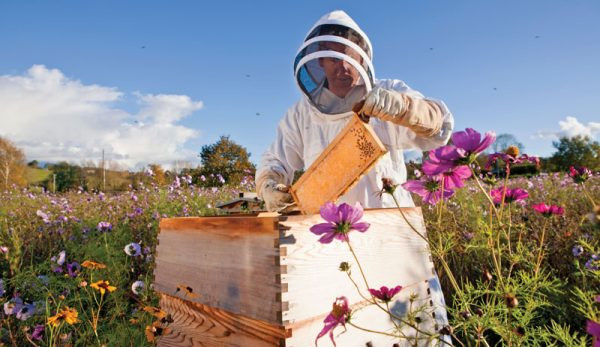 Beekeeping isn‚Äôt quite as by-the-calendar as it once was. In particular, warming temperatures and changing weather patterns have caused some important nectar sources such as dandelions‚Äîand many types of trees‚Äîto begin blooming sooner.¬Ý

What‚Äôs more, bloom duration and the overlapping of blooming times for different flower varieties aren‚Äôt as reliable either. As a result, interruptions in the nectar flow have become more common.¬Ý

Taken together, all of these changes have made managing honeybee colonies that much trickier but, fortunately, not impossible.

For his part, Kim Flottum has long used dandelion bloom times to delineate his beekeeping year. ‚ÄúThere is ‚Äòbefore dandelions‚Äô and ‚Äòafter dandelions,‚Äô‚Äù he says. Flottum, a beekeeper and former editor of Bee Culture Magazine, co-hosts the ‚ÄúBeekeeping Today‚Äù podcast and is the author of Common Sense Natural Beekeeping.

‚ÄúIf your dandelion [bloom times] have changed, then other things are going to change,‚Äù Flottum says. ‚ÄúSo, you may have to do some things earlier than you normally would. Or you may not be able to do things earlier.‚Äù

Let‚Äôs say you put extra supers on the hive sooner than usual in order to coincide with those earlier bloom times. Will you have a large enough bee population built up in time to take advantage of the earlier nectar flow?¬Ý

And what about interruptions between flower sets? While some plant bloom cycles are triggered by a certain combination of day length and temperature, others react only to day length. ‚ÄúBoth of those things are affecting when the bloom date is and whether blooming will overlap,‚Äù he says. ‚ÄúIf blooms used to overlap, you would get a much stronger honey flow, than if [a flower type] blooms, you have to wait a week, and then something else blooms.‚Äù

Blooming changes toward the end of the season are also affecting beekeeper behavior. ‚ÄúMy asters and goldenrod are done about a week to 10 days earlier than they were 10 or 20 years ago,‚Äù Flottum says. ‚ÄúWhen things are done earlier and you have a big [bee] population, you‚Äôre either going to have to take less [honey] or feed earlier in the fall.‚Äù

One of the best ways to cope is to use your winter downtime to connect with fellow beekeepers in your area via social media and your state beekeepers‚Äô association. As you make new contacts, compare notes about changes they‚Äôve observed in local floral bloom times and bloom duration.

You can also ask your local or state university for area phenology charts or consult the USA National Phenology Network online.

Also, if you haven‚Äôt already begun one, now‚Äôs the time to start a beekeeping journal or notebook. Thanks to some simple record-keeping, Flottum has proof that local bloom times have shifted.

‚ÄúI‚Äôve got 40 trees on my lot, and probably 38 of them are honey plants. I know when they‚Äôre going to bloom almost to the day, and things are definitely earlier now.‚Äù

Perhaps more than ever, it‚Äôs up to beekeepers to actively provide their bees with long-term nectar sources. After speaking with other beekeepers in your state, you just might discover some new-to-you plant varieties, which performed surprisingly well for them.

Take note of these and incorporate them into your own landscape for next season.

You might also want to use part of your fall season to plant spring-flowering bulbs because these may help to offset other nectar and pollen losses. Plant snowdrops, crocuses, bluebells and grape hyacinths, among others, to boost bees‚Äô access to early pollen and nectar sources.

(Just make sure the bulbs you plant have not been treated with neonicotinoids.)

The more things change, the more some things stay the same‚Äîsuch as our longstanding battle with the Varroa mite. When and how you combat these potentially devastating parasites depends at least in part on the number of hives you‚Äôre managing and your beekeeping objectives.

A commercial, honey-producing or pollination outfit might test for the presence of mites in early spring and apply chemical miticide treatments before the nectar flow has begun. (They also repeat this process after fall honey collection is through.)

But there are plenty of nonchemical means of mite control. ‚ÄúIt may be genetics, it may be management, but it shouldn‚Äôt be poison,‚Äù Flottum says.¬Ý

He has had good luck with certain strains of mite-resistant Russian honeybees. Bees bred to be more mite-resistant are typically more expensive than, say, your standard Italian stock. But they can provide beekeepers with an edge.

For instance, some mite-resistant varieties are more likely to spot and remove mites hitching rides on the backs of their sister bees. Still others are actually able to detect parasitized brood cells. To fix the trouble, they uncap affected cells and remove the bad brood‚Äîmites and all.

These special bee packages are increasingly in demand. Use late fall or very early winter to investigate mite-resistant bee suppliers and pre-order these bees.

Although it‚Äôs somewhat labor-intensive, Flottum begins testing for mites in early spring. ‚ÄúI get out there about twice a month [to test] and that‚Äôs for most months,‚Äù he says. ‚ÄúYou‚Äôve got to know what your mite population is, because, if it gets out of hand, you‚Äôve got a dead colony.‚Äù

Aside from mite-resistant bees, Flottum also relies on brood breaks and drone brood removal all season long. ‚ÄúYou are always treating for mites in the way that you‚Äôre managing your bees,‚Äù he says. ‚ÄúYou are counting mites. And, if you get to a point where you have to do a brood break, you do one of two things.

“You just remove the queen and start another nuc or you cage the queen, depending on how you want to manage it.‚Äù

Just don‚Äôt expect to be able to clear up a heavy mite infestation by taking a brood break late in the season. ‚ÄúLook at the length of the brood cycle and how long the colony will need to catch up. If your mite count is high in August, your colony is dead,‚Äù Flottum says. ‚ÄúYou‚Äôre either good in August or you‚Äôve failed the season.‚Äù

Incidentally, those brood breaks accomplish one other goal: swarm control.

‚ÄúI break the brood cycle early, and I do that for Varroa control. But it also stops the swarm cycle,‚Äù Flottum says. ‚ÄúI‚Äôll make a split and I‚Äôll make another split and another split. I will end up with seven or eight nucs out there for a month or two, and then I put them all back together. It‚Äôs good if you‚Äôve got the space and the time.‚Äù

You also need plenty of equipment. If you want to try using more nucs in your own apiary, you can use the fall and winter months to build or order extra frames and supers as needed.

Careful overwintering is just as important as late-season mite control. As a general rule, hives need about 70 pounds of honey and sometimes more‚Äîto get through the winter. If you saved some of the bees‚Äô honey stores during the height of your local nectar flow, you might want to feed some of this back to them beginning in late fall.

And during the winter months, periodically lift one edge of the hive to gauge its weight. If it starts to feel light, your bees may need supplemental fondant or candy board. Some beekeepers choose to feed their bees all winter long, regardless of the hive‚Äôs weight.

To make harsh winters a little easier, erect nearby wind breaks in late fall. You can also protect the hive with insulating tar paper or commercially available hive wrap.

‚ÄúYou‚Äôre trying to duplicate the inside of a tree trunk with an R-factor of 5 or 6 instead of 0.4, which is what a Langstroth hive has,‚Äù Flottum says. ‚ÄúI protect my bees in the winter significantly. I think people should be doing more of that.‚Äù

As winter turns to spring and the bees break their winter cluster to take cleansing flights, you can (briefly!) look in on them. And, if you trapped pollen last season, you may want to start giving the burgeoning colony a boost of this about now, too. Finally, when it is warm enough to safely inspect your hives again, be sure to look for the queen and evidence that she‚Äôs healthy and laying.‚Äù ¬Ý