What to Do if a Neighbor’s Dog Kills Your Chickens

If the neighbor is apathetic, call law enforcement to investigate and document what happened. If the attacks continue, there are various ways you can proceed. 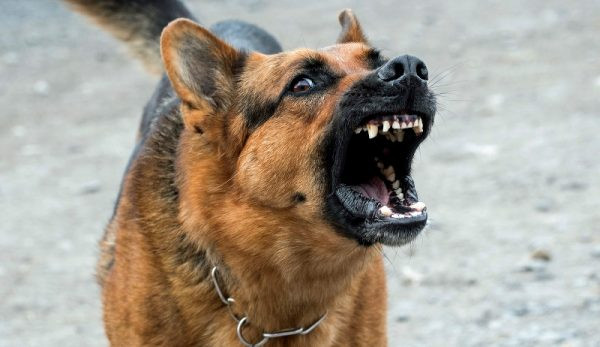 My husband, Jae, and I were a little worried when we discovered that our new neighbors, the Joneses, not only own two Jack Russell Terriers but plan to breed them. Jack Russell Terriers are amazing hunting dogs, outgoing and adventurous, with a reputation for chasing down birds. And here we are, with dozens of birds right next door.

To our surprise and delight, the Joneses installed an invisible electric dog fence soon after they moved in. They then invited us to meet their pups, Baba and Brown, to ease our concerns and let the dogs learn our scent. For our part, we minimized our chickensâ€™ free ranging so as not to tantalize the dogs. So far, everything is working out beautifully.

I wish I could say the same for our friends Ted and Daniel. They raise chickens, turkeys and peacocks on a lovely lakeside farm not far from our own. Here’s a photo of two of their free-range chickens checking out a turtle.

Their acreage shares a property line with a person I’ll call Mr. X and his three dogs. Like the Joneses, Mr. X installed an invisible electric dog fence to keep his canines restricted. Unlike the Joneses, however, Mr. X did not maintain the batteries on his dogsâ€™ collars, making the invisible fence ineffectual.

Or rather, effectual in a very negative way: The dogs started bounding onto Ted and Danielâ€™s property, where their chickens peacefully ranged. Ted came home a few days ago, looking forward to a sunset stroll … and instead came across a nightmare: dead hens scattered around his back acreage.

â€śThey looked like they were shaken around and tossed like rag dolls,â€ť Ted told me, his eyes blazing.

Daniel told me that Ted stormed over to Mr. Xâ€™s house and read him the riot act, demanding compensation for his massacred girls. Mr. X wrote a check and handed it to Daniel, who refused it, acknowledging that accidents happen.

The accidents kept happening, however. Every day, another hen met its demise. When Daniel approached Mr. X about keeping his dogs confined within the invisible fence, Mr. X responded that he didnâ€™t feel like maintaining the collar batteries, nor did he feel like restricting his dogs. Daniel was beside himself. Ted was livid.

If you discover your chickens have been decimated and you suspect your neighborâ€™s dog, start a paper trail by contacting your local law enforcement agency such as the sheriffâ€™s office. Deputies will come out to investigate the scene, so do not touch or move anything. Once they have reviewed the scene, they might want to talk to the owner of the dog. Often, this is enough: Involvement of the authorities can be all the motivation required to jolt negligent neighbors into controlling their dog and paying compensation. Occasionally, however, dog owners deny their dog was involved or simply donâ€™t care. Should such an unfortunate situation be yours, continue reporting each incident so that an official log of the massacres exists.

The ordinance code of your county or municipality should include a section regarding the â€śkeeping of animals,â€ť including how nuisance dogs are to be handled. Many local governments include ordinances specifically relating to the interaction between dogs and neighboring livestock and chickens. Familiarize yourself with these ordinances. Your local laws might clearly state what measures you can take against the nuisance dog as well as what compensation you are due. If your local government has no laws regarding the interaction between dogs and poultry, try an online search for your stateâ€™s legislation (â€śstate nameâ€ť dog law livestock). Michigan, for example, has a Dog Law (Act 339) which details every aspect of handling a nuisance dog, including a canine’s trespass onto a poultry farmerâ€™s land, the payment for losses or damage, and how much local officials should receive for services rendered under the act.

If your neighbor refuses to confine his or her dog or, like Ted and Danielâ€™s neighbor, expresses indifference to the harm the pet causes your flock, a fence might be your best course of action. The type of fence once again depends on your local ordinances as well as your own wishes and finances. The old adage states that good fences make good neighbors; in this case, a fence near the property line, separating your land from a problem neighborâ€™s plot, would definitely get a message across. This might be the most costly choice, but it would also let your birds continue free ranging. Another option is to create paddocks on your property that would let your flock forage safely within. You might also opt for permanent runs, which would keep your chickens safely congregated near their coops.

As a Last Resort …

Sadly, some owners are apathetic regarding the training and restraint of their dogs. This usually results in animals that do not recognize home boundaries, that roam as they please, that see chickens as either playthings or meals, and that might even attack humans who try to deter them from their intent. For owners of chickens, these dogs rank among the worst predators, as they kill indiscriminately, causing great financial and emotional stress to the poultry keeper and trauma to the surviving birds. Should you find yourself in this unfortunate predicament, do what is necessary to defend your birds, your livelihood and your property. Every state has some form of law regarding dangerous dogs and how to handle them. Michiganâ€™s Dog Law states that:

â€śAny person, including a law enforcement officer, may kill any dog which he sees in the act of pursuing, worrying or wounding any livestock or poultry or attacking persons, and there shall be no liability on such person in damages, or otherwise, for such killing.â€ť

After a lot of thought and discussion, Ted and Daniel decided to survey their property, identify the boundaries and install a fence to keep Mr. Xâ€™s dogs away from the chickens. They did not see why their birds should have their ranging restricted just because Mr. X was negligent. Jae and I hope that Ted and Danielâ€™s fence will protect their chickens, and we are very grateful that the Joneses are conscientious, considerate dog owners.