Nest Box Anomaly: An Egg Inside An Egg

Pullets sometimes lay some strange eggs—most are nothing to worry about and won’t be repeated. 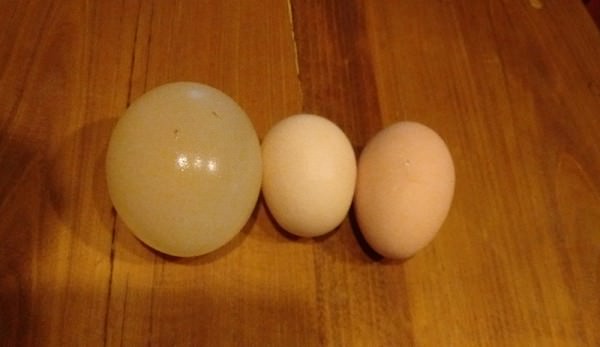 Chickens and parakeets fill HobbyFarms.com reader Carmen Knight’s retirement with amusement, joy and occasionally some perplexing questions. Early into her new chicken-keeping hobby, Knight found a giant rubber egg in the nest box, double the size of the eggs she’d been collecting each day. She broke open the rubbery exterior to find egg white and yolk surrounding a perfectly formed regular egg—an egg inside an egg!

Knight spent a week searching for answers online, still a bit worried for the unidentified hen that laid the egg. Finding an egg inside an egg is very rare. Most chicken keepers will never see one, and if they do, they’re unlikely to see another again. Eggs inside eggs are like the Halley’s comet of chicken keeping.

Knight’s egg had two anomalies, the rubbery outer egg in addition to the inner egg that formed completely. Each is one of many possible anomalies that can be common to young layers. As pullets’ reproductive systems rev up for production, mistakes can happen because the hormones that regulate the system aren’t fully matured. Variations in hormone levels can create some very strange-looking eggs. While each anomaly, like a prized double yolker, is rare, to see two anomalies in one egg is even rarer.

People are often surprised to realize that chicken egg production is ovulation. Daily perfection is a common expectation, like the uniformity in grocery store egg cartons can suggest, but this biological process sometimes skips a beat.

In female chickens, usually just one functioning ovary develops to produce eggs, while the other remains undeveloped and dormant. Depending on the breed of chicken, much of the time her single ovary fires daily. This rapid-fire ovulation sometimes trips over its own ovum, producing a second egg before the first can begin to move through the oviduct. It’s understandable that this sort of misfire happens in young layers, because the organ rarely rests, except during molts and broody behavior.

Usually when one egg develops inside another egg, the outer egg is formed completely, with a hard shell like the inner egg. Many times, an unusually large egg can be cracked like a normal egg to find the additional surprise egg inside. In the second reproductive misfire that created Knight’s rubbery egg, however, the hen moved the second egg through the oviduct before the shell could form, so it came out feeling like a water balloon.

As pullets mature into hens, the egg inside an egg phenomenon is unlikely to repeat. Just in case it does happen again, Knight has installed a trail camera inside her coop to help identify which chicken is laying which eggs. While Knight wouldn’t have been able to identify the hen based on the rubbery outer egg, the egg inside should match the other eggs laid by the hen in size, shape and color.

“The trail camera is catching lots of fun shots, but nothing unusual in the coop where I found the egg in the egg,” Knight says.