Nesting Box Wars: How To Handle Conflict In The Coop

When riots break out inside the coop, there's a good chance a nesting box war is on between the birds. Here's what that means and what you can do. 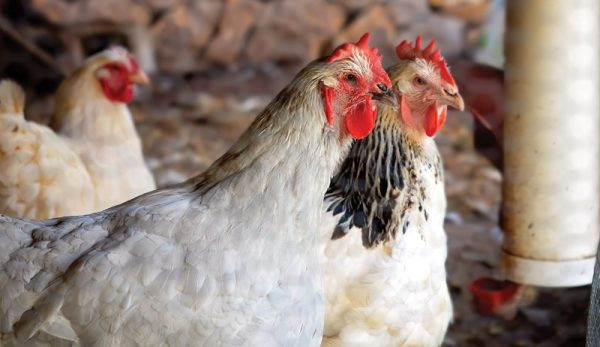 The raucous cackles I heard coming from our chicken run could have meant any number of things.

Maybe two hens were fighting over some tidbit. Some individual may have invaded another bird‚Äôs space. Or, most likely, nesting box wars were underway!

Sure enough, when I arrived at the scene of the kerfuffle, I witnessed an unholy brawl taking place within the henhouse.

Three chickens were fighting over their divine right to sit in one nesting box. From their respective positions, Charlotte appeared to have arrived first. But Turquoise had climbed in and was pecking (none too delicately I might add) the former on the head.

Then, to my amazement, Carrie climbed into the box, head downward, tail up and soon, three chickens were a writhing ball of wrath. And inquiring minds may want to ask: How did Carrie intend to lay an egg after she had face planted herself in the nesting box?!

Now we humans may not understand the reasons behind such a brouhaha. After all, numerous other nesting boxes may exist in a coop, and fresh, sweet-smelling bedding may be scattered about throughout.

But in the minds of many hens, only one box can exist for laying an egg. And fair play (meaning waiting your turn) doesn‚Äôt exist in the chicken world.

So why do hens seem to usually desire (perhaps ‚Äúdemand‚Äù would be the more accurate verb) the same box to deposit an egg? Kristin and Justin Duke operate Mr. Animal Farm in Moneta, Virginia, and specialize in raising chickens and goats.¬Ý

‚ÄúFrom what I‚Äôve read and understand, it‚Äôs an evolutionary adaptation,‚Äù Kristin Duke says. ‚ÄúOne hen lays an egg there, and the next hen which comes along, sees the egg and thinks that must be a safe place to sit and lays her egg there. Before long, that particular nesting box becomes the place to lay an egg.‚Äù

My wife, Elaine, and I have two runs. In one of them, the henhouse features three nesting boxes in a row against the back of the structure. The left box adjoins the left wall while the right box has an open space to its right. The box on the left is almost always the only one that contains eggs.

Rarely does the middle box hold an egg within it. And the right box, in the building‚Äôs 10 years of existence, has never held the honor of being chosen.¬Ý

We believe that the left box became the original hot spot because of the security that the left wall and the building‚Äôs back provides.
A hen can sit there, face the building‚Äôs portal, and be instinctively aware that she only needs to watch in front of her‚Äîthe only direction that danger could possibly come.

Again, the feeling of safety that a certain nesting box presents seems to be paramount in a hen‚Äôs mind.

Normal egg laying can obviously result in nesting box wars. However, things can go nuclear quickly when one or more of the hens become broody.¬Ý

‚ÄúJustin and I have two Ameraucanas that are both 6 or 7 years old, and they no longer lay eggs of their own,‚Äù Duke says. ‚ÄúThis year, they both went broody at about the same time. And they both demanded the same box.

“There was no point in trying to separate them. They both would go steal eggs that our other chickens had laid and roll those eggs back to and up into the nest, squabbling all the time over the box.‚Äù

This story has a happy ending, however. After the eggs hatched, both Ameraucanas calmly shared mama hen duties. Neither one seemed to care which chicks were theirs. The instinct to care for and protect their offspring kicked in. That’s often all it takes to make a broody hen‚Äîor hens‚Äîcontent.

Duke has seen as many as four of her Silkies, which are a smaller breed, in a nesting box at the same time. But I have never observed more than three of our Reds in a box simultaneously.

However, Elaine and I may hold some sort of record for most eggs under a broody Red at the same time‚Äî20!

The situation took place several years ago when Wednesday, then a 6-month-old pullet, unexpectedly became broody. Normally, from our experience, our broody Rhode Island Reds will push out eggs from a box once they have 12 to 14 eggs under them. Perhaps these eggs are ones a hen has sensed have ‚Äúgone bad‚Äù or that another hen may have laid in the nest. It may also be that a random egg just happens to be the odd one pushed out.

We were dismayed that Wednesday had so many eggs in the box, because it was quite clear from the many brown ovals protruding from all sides of her lower body that she was not successfully incubating six to eight of them.

Finally, one day we witnessed the reason why so many eggs were present.¬Ý

Another hen was sitting in the nest with Wednesday, and the latter was too inexperienced as a mother to force the other hen out or to use her beak to roll out the surplus eggs. The only solution was to discard eight or nine of the outer eggs and remove Wednesday and the remaining ones to a broody pen.

Duke and her husband prefer to let their hens resolve their issues regarding use of the nesting boxes in their coop. However, sometimes for the sake of goodwill and peace on earth‚Äîand when a brooder becomes so confrontational with her fellow females that endless warfare is the norm‚Äîit‚Äôs just best to send the hen to a broody pen.

Simply stated, Elaine and I no longer harbor any false hopes that our hens can settle their nesting box wars among themselves, specifically if one of them has become broody.¬Ý

For example: This past spring, 4-year-old Mary, our best-ever mother hen, went broody for the fifth time. She is very predictable regarding her annual matronly mood, always seeming to decide between May 1st and 3rd to do what she does best‚Äîdevotedly set on eggs for 21 days or so or until they hatch and then raise chicks.

Read more: You can help a broody hen raise her chicks. Here’s how.

Every spring, we even set up her pen in late April in anticipation for what is to come.

That pen is in our basement and consists of two tarps, both doubled up and positioned on top of each other on the floor. A childproof fence is arranged in a 6-foot-by-3-foot rectangle on top of the two tarps, and the covering is an old screen door. A waterer and a feeder is placed within, and we‚Äôre ready for chicks.

This setup is inexpensive and works well for us. The fencing is left over from when our two grandchildren were young. And the screen door is just an old one that wore out and we happened to keep.¬Ý

Frankly, the reason we keep the pen in the basement is that we immensely enjoy witnessing the entire experience from day 20 onward.

Mary softly clucks to the chicks as they try to chip their way out of an egg. The cheeps come from beneath her. Then, the glorious morning when we see little puffballs peering out from under their mother.

Next, we observe the first ventures to the waterer and the feeder as Mary shows the chicks where their nourishment is, meanwhile emitting the food cluck.

Enjoyment aside, a final and very important reason to remove broody hens from their flock is the safety of the chicks. Once, we left Mary inside the henhouse, and the first chick that hatched was immediately attacked and killed by the other hens. We don‚Äôt ever want to experience that horrible spectacle again.

But, again, the best way to end nesting box wars between a broody and every other hen in the flock is to move the sitting female to her very own pen.

Several possibilities exist for nesting box bedding. Elaine and I have tried sand and the traditional straw. We found sand heavy and very difficult to remove from the box and henhouse floor. On the plus side, though, sand is extremely absorbent.

Like us, Duke favors straw. But Paul Hinlicky, who operates St. Gaul Farm in Catawba, Virginia, along with his wife, prefers a third option.

‚ÄúPine shavings are far superior to straw,‚Äù he says. ‚ÄúJust throw several handfuls into a nesting box, and you have fragrant smelling, absorbent bedding. Plus, where we live, a bale of pine shavings cost $5, while straw costs between $7 and $8.

Hinlicky uses the deep-litter method for the henhouse floor and a modified version of it in the nesting boxes. ‚ÄúWhen the nest box shavings become soiled, we just add a couple handfuls more of them,‚Äù he says. ‚ÄúSo we don‚Äôt have to empty out the nest box bedding as often as we did when we used straw.‚Äù¬Ý

Regardless of bedding preferences, some people add lavender or mint to their nesting boxes. These herbs help suppress any foul odors. Other chicken fanciers position droppings boards under the roosts and remove the waste every morning, depositing it within a compost bin.¬Ý

If you‚Äôve become weary of the endless nesting box wars going on in your yard ‚Ä¶ well, gosh, it just occurred to me that there is no solution to ending these skirmishes! I guess we all will just have to become used to them.

That is, of course, unless these battles involve a broody hen. Then, you might want to consider a broody pen.

Paul Hinlicky, who operates St. Gaul Farm in Catawba, Virginia, along with his wife, emphasizes that the best thing he has ever done to decrease odor has been to adapt the deep-litter method.

Hinlicky, however, prefers a different bedding, one that doesn‚Äôt cost anything.

‚ÄúWe collect bags of leaves in the fall and save them until we need them for the floor of our coup,‚Äù he says. ‚ÄúEvery time the poop piles up, we just empty another bag of leaves into the house.

“When it‚Äôs finally time to remove the layers of pine shavings from our nesting boxes, we just throw them onto the floor before we add leaves. The shavings are fluffy and blend right in. With this system, there‚Äôs no need to clean out the coop more than once or twice a year, and odor is never a problem.‚Äù

This article originally appeared in the March/April 2021 issue of¬ÝChickens¬Ýmagazine.