A seasoned member of the Senate Agriculture Committee, Sen. Debbie Stabenow will take over as chairperson in 2011. 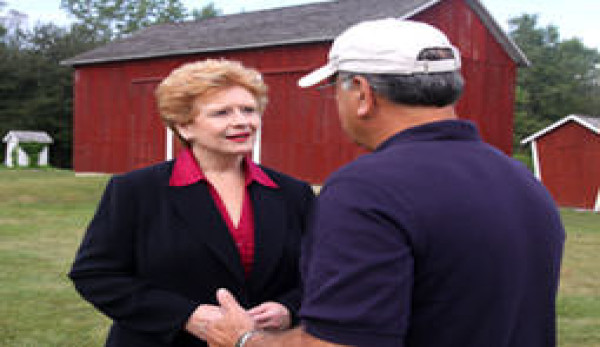 Let the post-election game of musical chairs begin. Based on the November election results, the leadership of various Congressional committees will change when the 112th Congress starts in January 2011. Among all the changes, the gavel for the U.S. Senate Committee on Agriculture, Nutrition and Forestry passes to Sen. Debbie Stabenow, D-Mich., a leader praised for championing small-farm issues.Ā

Stabenow brings a seasoned experience to her new position, having served on the Agriculture Committee in the Michigan House of Representatives, the U.S. House of Representatives and the U.S. Senate. As the first woman from Michigan elected to the U.S. Senate, Stabenow quickly earned a reputation for building bi-partisan collaboration toward common goals and for working with diverse agriculture groups.

Farm Bill Priorities
Stabenowās upcoming tenure as Agriculture Committee Chair comes at a crucial time in the national agenda as dialogue heats up regarding the 2012 Farm Bill. The omnibus bill serves as a cornerstone of all federal agriculture, food and nutrition policies.

āI look forward to working with my colleagues on both sides of the aisle, as we begin writing a new farm bill that once again recognizes the importance of Americaās agricultural economy and rural communities,ā Stabenow says.

Fortunately for small-scale farmers, Stabenow strongly supported small-farm interests in the 2008 Farm Bill, under which we currently operate. Because of her work, this Farm Bill is the first in history to recognize the importance of specialty crops like fruits, vegetables, nursery products and floriculture, which make up half of the countryās agriculture cash receipts. This new title in the Farm Bill added $3 billion toward specialty-crop programs, including organic research and the USDA Specialty Crop Block Grant Program, which aims to improve competitiveness of the specialty crops industry through grants supporting marketing, agri-tourism, research, sustainability and food access.

āSen. Stabenow has been a champion for Michigan growers of fruit, including apples, as well as growers of vegetables, nursery and floriculture crops,ā says Julia Baehre Rothwell, chair of the Michigan Apple Association. āAll of agriculture should embrace an agriculture chair who understands and supports specialty crops, in addition to traditional livestock and row crops.ā

Agriculture Roots
Stabenowās commitment to agriculture stems from her home state of Michigan, where agriculture is the second-largest industry and employs a quarter of the workforce. Michigan farmers produce a strong diversity of more than 200 different crops and products, leading the nation in 19 of these commodities, including tart cherries, blueberries, dry beans and cucumbers for pickling.

Stabenow will have a bushel full of challenges as she takes on this new role in January. With new faces in Congress, many of whom were elected to cut federal spending, Stabenow will need to once again champion programs like those supporting specialty crops to make sure agriculture priorities are not slashed on the budget chopping block.