The first-year participants of the Beginning Farmer Institute unite for a second round of practical farm-business instruction. 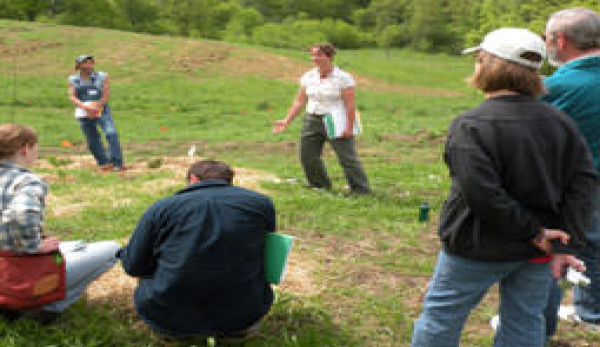 This month, first-time farmers from across the U.S. will converge in Minneapolis for the second session of the Beginning Farmer Institute, a learner-centered program sponsored by the National Farmers Union, Farm Credit, United Soybean Board, and Sustainable Agriculture Research and Education. This meeting follows in the footsteps of the programâ€™s inaugural session held in September 2010 in Washington, D.C., which introduced new farmers to concepts that canâ€™t be learned in the field.

Participants of BFI meet throughout the year to discuss topics, such as financial planning, USDA farm programs, risk management and communication skills, which they and NFU have identified as important.

â€śThe learning process is cumulative, building on previous topics, in order to give participants a well-rounded knowledge of the ins and outs of todayâ€™s agriculture,â€ť says Maria Miller, NFUâ€™s education director.

Although the participants come from a cross section of agricultural backgroundsâ€”from commodity crops toÂ livestock to urban farmsâ€”they came out of the first BFI session energized and ready to apply the knowledge theyâ€™d gained.

â€śI work on a small, chemical-free farm in a New England city, but that doesnâ€™t mean that I cannot relate to farmers from other backgrounds and learn from their experiences,â€ť says Tess Brown-Lavoie, who farms a less-than-1-acre plot on the west end of Providence, R.I. â€śFundamentally, weâ€™re all trying to feed people, and so learning about other peopleâ€™s methods and practices helped me to understand more about the politics of my own business.â€ť

Erin Schneider agrees. In contrast to Brown-Lavoieâ€™s small acreage, she owns a 59-acre farm and operates a 10-member CSA outside Madison, Wis. She gleaned information from the institute that she can put to work in her operation. â€śOn a personal level, it gave me more confidence in asking for loans from the Farm Service Agency or bank,â€ť she says.

Each BFI session is taught by seasoned agriculture professionals, who have real-world experience with their given topic, but the support of other beginning farmers is what really made the difference, according to the participants.

â€śYou can learn from everybody,â€ť Schneider says. â€śAs long as you are open to that, you can ask questions along the way.â€ť

In fact, at the end of the first session, many participants committed to assembling financial plans in time for the January meeting for a peer-review session.
Â
â€śThe BFI was very useful on many fronts,â€ť Brown-Lavoie says. â€śWe gained exposure to institutions and vocabularies that are important in advocating for useful farm policy and learning necessary business skills.â€ť

Each year, the BFI will welcome a new group of farmers. According to Miller, the program is likely to adapt to the needs of the participants as well as changes implemented by the 2012 Farm Bill. Nonetheless, NFU anticipates the program will influence a new generation of farmers.

Applications and information on the next institute will be available later this month on the NFU website.