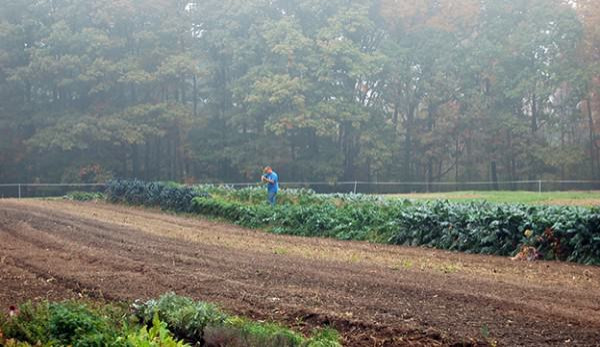 Reactions to the Food and Drug Administration’s announcement of its long-awaited Food Safety Modernization Act rules have been across the spectrum. Food-safety experts are hopeful about the food-system controls that are being put into place. But some farmers, like Judith McGeary, founder and executive director of the Farm and Ranch Freedom Alliance, say the FDA’s final rule for farms that raise produce for human consumption will hurt the local food movement. And others, like Baylen J. Linnekin, the executive director of Keep Food Legal Foundation, simply donâ€™t see the point.

FSMA has seven sections, but the one that is of most interest to small-scale farmers is the Produce Safety Rule. The Pew Charitable Trusts explains this in short:

“Under the new requirements, companies that grow or handle fresh produce will have to take measures to guard against contamination throughout their supply chains. â€¦ The goal is to dramatically decrease the likelihood that food-borne pathogens, such as salmonella and E. coli, reach grocery shelves and kitchens across the nation.â€ť

Does FSMA Apply To Your Farm?

If you have a farm that derives more than half of its income from direct marketing and an a income of $500,000 or less per year, you are not subject to FSMA rules and can carry on as normal. This income limit includes all farm incomeâ€”produce, meats, et cetera. This limit is a huge help to small-scale farmers who would legitimately be put out of business by some of the FSMA rules.

As McGeary points out, though, putting the half-million-dollar limit on all farm incomeâ€”instead of just the produce that is the focus of FSMAâ€”has its downsides.

“In practical terms, this rule pressures grain and livestock farmers to avoid diversification, harming farmers financially and discouraging environmentally responsible land use,â€ť she says. “From a food-safety standpoint, it doesnâ€™t make sense to treat the small-scale production of produce the same as large-scale production simply because the same person is producing other types of food, as well.”

What FSMA Means For Produce Farmers

Produce farmers and handlers now have a system of national standards aimed at preventing contamination from sources, such as agricultural water, manure used to fertilize crops, wild animals, farm workers, equipment and tools. The rules are extensive, and this blog entry is by no means a comprehensive look at them. Odds are very good that ag organizations in your state, as well as your state ag department and local cooperative extension, are developing materials to help you deal with FSMA on your farm.

To be honest, I think many of the rules are fairly common sense. I do agree that a few, including irrigation-water testing requirements, are more overreaching than necessary. And one FSMA item that worries me is the ability of a local FDA official to revoke a farmer’s exemption if the official claimed there were conditions at the farm that posed a risk of food-borne illness. It gives the FDA extensive discretionâ€”and who knows really what an FDA employee might consider a risk?

How We Got Here

Every year, an estimated one in six people in the U.S. falls ill from foods and 3,000 die, according the Centers for Disease Control and Prevention.

You’ve read about FSMA on this blog before, both last November, when I asked you to submit your comments about FSMA’s potential impact on your farm and your food supply, and again in April, when the FDA clarified what farms would be affected by FSMA rules. These rules were not arrived at haphazardly. It’s been five years since the FSMA bill passed, and the FDA has gone through two rounds of public comments on its proposed rule-making.

Now that the FDA has finalized its rules, it’s up to the U.S. government to pony up the funding. As you might imagine, training FDA staff, bringing farmers up to speed and ensuring compliance from farms is going to cost a bit of moneyâ€”$109.5 million, according to the FDA.

The National Sustainable Agriculture Coalition offers its thoughtful review of FSMA. I recommend the read!