Relevance of “The New Organic Grower” Advances With Updated Edition

Eliot Coleman refines and modernizes the methods he introduced in the book's first edition 30 years ago. 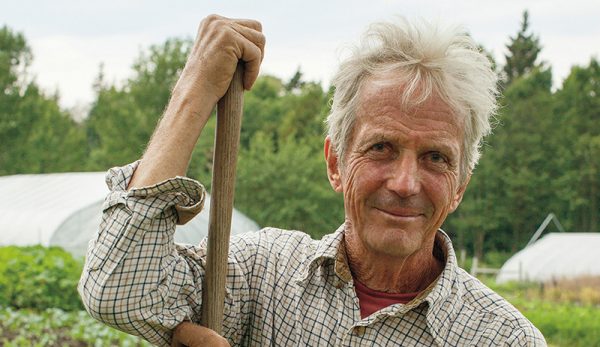 When determining whether to review a new edition of an instructional book, the reviewer must weigh the relevance of the existing work as well as how much new information was added. Eliot Coleman’s Third Edition of The New Organic Grower has both angles covered. This 30th anniversary edition is as relevant now as it was three decades ago, and it contains a great deal of new and important information. With a continued decline in the number of farmers nationally, it’s possibly more relevant than it has ever been.

When it was released in 1989, few books opened the world of organic gardening like The New Organic Grower: A Master’s Manual of Tools and Techniques for the Home and Market Garden (Chelsea Green). At the time, it was about the only book of its kind, at least in English. Coleman’s book gave aspiring farmers a guide for not just getting back to the land, but making a reasonable living feeding people.

Now, 30 years on, Coleman is still farming the same way but with fresh perspective. In one way, it’s encouraging to see how little has changed—and how little truly needed to be updated or deleted. But in another way, the new edition provides a view of all that has changed—all the new tools and techniques and options people have for growing food on small acreage. The biology required to grow food is still the same, in other words, but our ability to understand and utilize it properly has changed significantly in the 30 years since The New Organic Grower was first published.

Throughout, new chapters as well as minor tweaks bring the book up to date while giving the reader new insight into what is possible on a small-scale farm.

A most impressive addition to the book is the second chapter, “A Little History to Begin.” In it, Coleman describes the origins of biological agriculture—as opposed to “chemical agriculture”—and includes some updated science and research behind its efficacy and importance. It’s impressive because it puts the book as well as the history of Coleman’s style of farming into perspective. He also includes a new chapter on ley farming called “The Self-Fed Farm” about integrating animals into gardens in a way that regenerates soil. This pairs well with a slightly expanded chapter on livestock, including better instructions for building a “Chicksaw” (a mobile chicken coop), and how to use it.

Beyond several noticeable tweaks, much of the technical information remains the same, but with another impressive change: All the old information is now italicized with new tools such as the Quick Cut Greens Harvester, new flame weeder designs, updated seeders and more precise wheel hoes.

There is, however, one curious change that goes unexplained while leaving a little room for the reader to speculate. In the previous edition of the book, Coleman offered a “five-acre solution”—five acres being “about as much land as a couple or small family can manage.” In the new edition, without fanfare, that number is reduced to two acres. One might speculate that five acres doesn’t seem as reasonable as it did to Coleman 30 years ago. Yet I like to think that because of his work—because so many people have taken his example and adapted it—that techniques, tools and organic systems have improved enough that growing all the food one needs to make a living can now be done on just two acres.

To be sure, his system could be used on five acres, but Coleman champions a type of growth that is less about expanding acreage and more about expanding things such as quality, variety and services. In that way, it makes sense for his number to have decreased. The more that growers concentrate on elements such as quality, the less land we need. So maybe by the 50th anniversary edition Coleman will honed his system to a one-acre solution—about as much land as one couple or small family needs, as long as they have this book in their library.