Are you making New Year's resolutions this year? Uzzi says I should resolve to stop strutting around like I own the world and also stop peeing in my beard. He's just jealous. 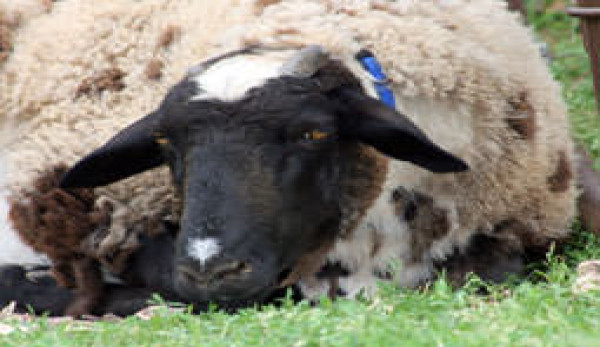 In December of 2010, the Marist Institute for Public Opinion, a survey research center at Marist College in Poughkeepsie, N.Y., asked people if they make and keep New Yearâ€™s resolutions, and 44 percent of them said they do. According to the survey, younger people are more likely to make resolutions than folks Mom’s age; 58 percent of people under age 45 vowed to improve their lives in 2011 while only 34 percent of respondents over 45 did. Researchers asked the same people if they kept the resolutions they made for 2010; 60 percent said they kept their resolutions for at least part of the year, while 40 percent did not.

Mom always makes resolutions, and she sometimes keeps them. This year she resolves to write a freebie eBook about raising a pet dairy goat wether and give it to anyone who wants one. She also wants to finally teach Mopple, the sheep-geep, to pull a wagon.

The trick to New Year’s resolutions and making them work is to select just a few goals like Mom did, plan ahead and break each goal down into doable tasks. If you’re making resolutions this year, here are some tips you could follow:

Don’t necessarily start living your resolution on Jan. 1.
Just figure it out, and write it down. Then start when the time’s just right. For instance, starting a diet or vigorous exercise plan on Jan. 1 during the rush and bustle of the holiday season usually leads to disaster.

Break your goals into increments.
Establish milestones, and reward yourself along the way. Instead of saying, “I’ll lose 20 pounds this year,” try “I’ll lose a pound a week until I’ve lost 20 pounds.” Then reward yourself with a good book or some other treat once a month.

What are your resolutions this year? Leave a commentâ€”Uzzi and I want to know!