Humans have strange New Year’s traditions. Did you know that people all over the English speaking world sing a Scottish song on New Year’s Eve? 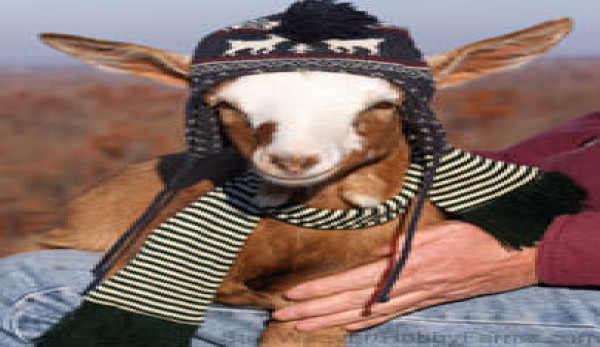 Humans have strange New Year’s traditions. Did you know that people all over the English speaking world sing a Scottish song on New Year’s Eve? After Scotland’s favorite poet heard this song sung by an old man in Ayrshire, he changed some of the words and published it as a poem in the 1796 edition of the book Scots Musical Museum. It was later set to a traditional folk tune. In Scottish dialect its title, “Auld Lang Syne,” means “old long since” or “long, long ago.” These are some of the words.

Canadian-born musician Guy Lombardo heard Scottish immigrants in his hometown of London, Ontario, singing the song and he liked it. When he formed his famous band, Guy Lombardo and His Royal Canadians, they played the song at midnight at the 1929 New Year’s Eve party at the Roosevelt Hotel in New York City and a tradition was born. Bands at the famous Waldorf Astoria played it every New Year’s Eve from the 1930s until 1976. Many famous musicians recorded “Auld Lang Syne,” among them Shirley Temple, Aretha Franklin, Jimi Hendrix, Elvis Presley, Mariah Carey, Prince, Barbra Streisand and The Beach Boys.

A fun tradition that many American hospitals host is a first baby of the year contest. Infants born on or soon after midnight on Jan. 1 are called New Year’s babies. The first one born in participating hospitals gets a whole heap of prizes donated by local merchants. Famous New Year’s babies include Mad Anthony Wayne (he sounds like a rock group but he was a general in the Revolutionary War) and Colonial flag-maker Betsy Ross. Others are Spanish musician Xavier Cugat, baseball player Hank Greenberg, author J.D. Salinger, and Morgan Fisher, who headed a real rock group called Mott the Hoople.

In the South, people once thought that eating black-eyed peas—dried legumes also called cow peas or crowder peas—on New Year’s Day brings luck to the family all year. Some still do. They’re served in a dish called Hopping John or Hoppin’ John. This recipe is from an heirloom cookbook called Cooking in Old Créole Days. La Cuisine Créole À L’Usage Des Petits Ménages by Célestine Eustis, published in 1904. You can download the whole cookbook and dozens more like it for free at the Feeding America: The Historic American Cookbook Project.

Recipe: Hopping John
from Cooking in Old Créole by Célestine Eustis
In a saucepan, combine 1 cup cow peas, 2 cups water and one piece of bacon, and boil for about 3 hours. When peas are thoroughly done, not mushy, drain water off. In a separate saucepan, combine 1½ cups rice with 3 cups water, and boil. After rice has finished cooking, mix beans and rice together. Skim off grease from top of pot peas are boiled in, add salt and cayenne pepper, put in oven to dry out. Serve with sliced bacon or fried sausages.

Maybe you should try the Hopping John recipe, too!