Photo by Audrey Pavia Nigel received his Coursing Ability Title this past week. Nearly a year ago, I wrote about Nigel’s first attempt at coursing. A fun AKC event, coursing gauges a dog’s desire and ability to chase a lure for a specified distance. Once a skill measured only among sight hounds, coursing is now […] 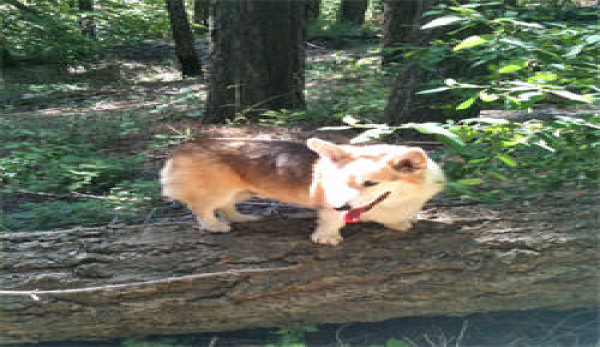 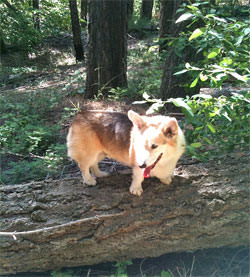 Nigel received his Coursing Ability Title this past week.

Nearly a year ago, I wrote about Nigel’s first attempt at coursing. A fun AKC event, coursing gauges a dog’s desire and ability to chase a lure for a specified distance. Once a skill measured only among sight hounds, coursing is now something any breed can do for fun.

To get a Coursing Ability Title, a dog needs to earn three legs. This means he has to successfully complete three runs with the lure. Last November, Nigel completed two legs. So, last weekend, I took him to another Coursing Ability test so he could earn this third leg and receive his official title.

The weather was perfect. Cool and overcast, the dogs wouldn’t get overheated chasing the lure. The test, held at a field dog-training center about 15 miles from my house, had attracted every breed imaginable, from Staffordshire Bull Terriers to Toy Poodles to Australian Cattle Dogs.

Not long after I took Nigel out of the car, he spied the lure and went absolutely crazy. He clearly remembered his last two runs from a year ago, and I could barely hold him back. My normally sedate, well-behaved Corgi was lunging and barking like a maniac. I tried to pick him up, but he leapt out of my arms. I hovered over him on the ground, holding him back by the chest. He finally got so out of control, I had to leave the area and keep him out of sight from the lure until it was his turn to run.

When I finally brought him to the starting line, he went berzerk. At the judge’s signal, I released him, and he took off like a bullet chasing the lure into the deep grass. He started out like a rocket, but by about halfway through the 300-yard chase, he slowed down. His enthusiasm was still there, but the 11 years he has on him were starting to make themselves known. As he ran the final stretch, his tongue lolling out and his gait slowing, I rooted him on.

When Nigel crossed the finish line and judge said he has passed, I greeted my happy Corgi with a big hug.

“He just got his title, at the age of 11!” I said to the judge. As I leashed my exhausted pooch, the judge made his way to the crowd of people who were watching.

As I led Nigel away, our qualifying ribbon in hand, the crowd began to cheer and clap. The judge had told them of our accomplishment.

“Go Nigel!” they shouted. I waved the ribbon at them and trotted behind my dog, who was oblivious to his achievement. He just looked up at me as if to say “Okay, so what’s next?”