The discovery of a U.S.-born cow with bovine spongiform encephalopathy raises cattle-health questions among small-scale farmers. 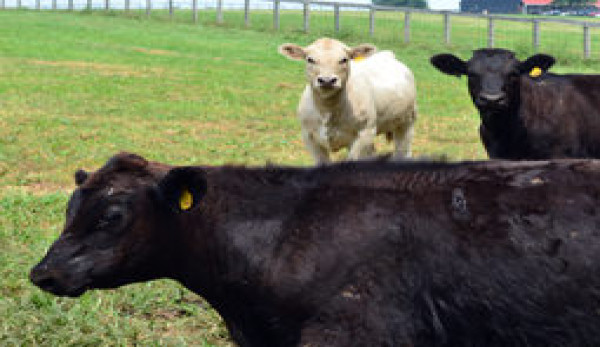 With late Aprilâ€™s announcement that an aged California dairy cow tested positive for bovine spongiform encephalopathyâ€”mad cow diseaseâ€”farmers and consumers alike did a double-take. Itâ€™s been six years since a U.S. cow was found with BSE, so the disease has not been front-of-mind for food-safety and agriculture proponents.

Unlike the form of BSE found in the devastating outbreak in England in the 1990s, this BSE case doesnâ€™t appear to have been caused by feed containing the infective agent.

“She was positive on the clinical test, which detects abnormal proteins, but the anatomy of the brain changes are not typical of BSEâ€”at least the BSE contracted from contaminated feed,â€ť explains John Maas, DVM, DACVIM, a University of California Cooperative, Davis, extension veterinarian.

Exactly how this cow contracted the disease is unknown.

Mad cow disease in cattle is caused by prions, the smallest-known infectious agents composed of protein. An animal can have mad cow disease for months or years before showing signs.

According to the Merck Veterinary Manual, behavioral symptoms of mad cow disease are subtle and increase over a period of several months. They may begin with something as simple as repeated nose licking, sneezing or snorting, nose wrinkling, head rubbing and tossing, and tooth grinding. Animals can be easily startled or agitated, stand with a fixed gaze for long periods, and exhibit incoordination. Weight loss and decreased milk production are also common. There are a number of conditions that cause clinical signs similar to these, and if youâ€™re concerned that an animal on your farm is exhibiting symptoms of mad cow disease, you should contact your veterinarian right away.

As a small-scale farmer, thereâ€™s not a lot you can do to protect your herd from BSE, and this one caseâ€”the fourth ever in the U.S.â€”is not a cause for concern. Dr. Maas, who has his own herd of cattle, admitted to eating a steak just two nights before talking with Hobby Farms and says heâ€™s more concerned with getting on the freeway than he is with mad cow disease in his herd or the food chain.

As a result of the BSE outbreak in England, the FDA banned the feeding of most mammalian proteins to ruminants, including cattle, in 1997. Following feed guidelines is the best safeguard against BSE for your cattle herd.

While quarantine procedures for cattle new to your herd are vital to management of other diseases, BSE cannot be passed from animal-to-animal contact. Humans can contract variant Creutzfeldt-Jakob disease from eating beef products contaminated with BSE, but other livestock cannot be infected with BSE.

There is no vaccination or treatment for mad cow disease. Taking a sample of brain matter is the only test; there is no way to test a live animal.

Follow the investigation of the California BSE case, and learn more about the disease from the USDA.