7 Tricks for a Successul No-Till Garden

Timing, type and source of cover material, and letting go of certain preconceived ideas factor into establishing a no-till garden that works for your circumstances. 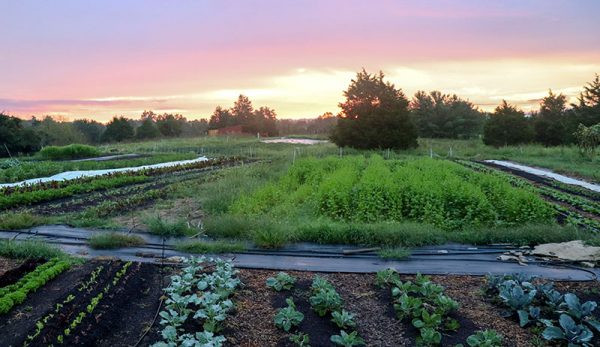 The no-till garden is an attractive idea on multiple levels. Soil biology loves the lack of tillage, so plants can thrive more easily. It can result in fewer weeds, meaning less time spent yanking, hoeing and cursing. However, it is easy to get excited about no-till (or no-dig, as itâ€™s referred to in Europe) but miss out on the benefits because of factors such as incorrect setup or improper cover material. So today I’ll introduce some of the tricks to setting up and maintaining a no-till garden that will help anyone, whether backyard gardener or professional grower, find the right system and strategy.

People often assume that the only cover materialsâ€”that is, the materials that one would place over growing beds in a no-till gardenâ€”are hay or straw. However, these might not be abundant for you and might not be appropriate in all parts of your garden. If you live in a colder climate, for instance, hay and straw keeps soil cooler for a longer period, pushing back annual first planting dates significantly. In that case, compost is a better cover material for early planting. One could also use paper mulches and cardboard, if those are available in abundance. You also could skip using a cover, though that generally requires more cultivation.

Without a doubt, the first big mistake growers make is not taking care of the soil before going no-till. If yours has a soil organic matter of less than 2 percent, add some amount of organic matter through a one-time tillage. This might strike some as backward, but it makes a big difference in the long-term success of a garden. I recommend getting a good soil test (Albrecht method preferably) and then adjusting the organic matter and minerals as suggested.

Your cover material should be as weed-free as possible. This goes for compost, hay mulch, straw mulch and others. Some composters certify their product as â€śweed free,â€ť though that is significantly harder to determine with hay and mulch. Obviously, adding weedy mulch to your garden is a fast way to lose out on the benefits of no-till.

Herbicide and other chemical residues poses potential damage not only to your crops directly but also to the soil biology below the surface. (This is especially the case with fungicides.) So finding untreated materials or materials that have been tested (such as compost) is the only way to know that won’t happen on your farm.

Certainly in the first year or so of a no-till garden, the most important factor in keeping weeds suppressed is the depth of the layer of mulch. Regardless of what material you use, the mulch should be several inches deep to stop most if not all weeds from coming through. I suggest a minimum of 6 inches to start on top of the beds (paths are different), then a little year after year. Pull any weeds that come through because they will be greatly weakened.

Sometimes, especially when dealing with Johnson grass, Bermuda grass or bind weed, lay down an organic weed blocker before setting up your gardens. Cardboard or paper mulch works well for this.

Avoid dogma about what is and is not no-till. Certain soils require the occasional broadforking, and thatâ€™s OK. A one-time tillage might be necessary to maintain a successful no-till garden. Just have fun and do as little as you have toâ€”the food tastes better that way anyhow.