Noisy Chickens: All About Fowl Language

It's true that roosters can make quite a racket. But female chickens get plenty noisy, too, and these communications are nothing to worry about. 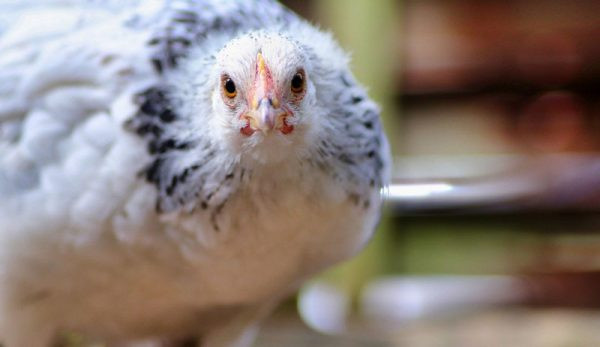 My friend Carrie sent me a rather distressed message this weekend. Although she lives in a city where local ordinances allow for backyard flocks, her new neighbor was raising a ruckus about her hensā noise making.

This new guy was under the impression that only roosters make noise and that hens are silent ā¦ and Carrieās chickens get pretty noisy. The neighbor accused Carrie of mistreating her microflock because her hens obviously suffered distress, as was evidenced by all the noise they made.

Carrie was obviously horrified. She adores her birds and treats them like her own children. To be accused of mistreating her flock? Outright insulting.

Worse than that, however, was the possibility that her neighbor might report her to the city for animal cruelty or neglect. āCan I double check with you?ā she asked. āIn my experience, chickens in distress are very quiet and healthy birds make some noise. Am I wrong?ā

It’s Not Just the Roosters

No, Carrie was not wrong. Most peopleāand most municipal governmentsāconsider the males the noisier gender. But the females are not silent sweethearts. Hens and older pullets are actually quite chatty and communicative, although the sounds they produce are nowhere near the din belted out by the barnyard boys.

Because of their complex social hierarchy, chickens need to communicate with each other, and that can get noisy. While some of this is done through such body language and actions as pecking, wing flapping and head tilting, most communication occurs verbally.

Researchers Nicholas and Elsie Collias of the University of California at Los Angeles spent more than 30 years cataloguing chicken sounds. Their research identified more than 24 unique vocalizations and their meanings.

Biologist Carolynn Smith from Australiaās Macquarie University, however, discovered that chicken communication is much more complex than that. By attaching wireless microphones to chickens (using bra straps!), she and her team were able to identify different vocal responses and inflections depending on the situations in which the chickens found themselves.

Meanwhile, Georgia Institute of Technology research engineer Wayne Daley has recorded more than 1,000 hours of chicken speech and is using software to determine the different sounds made according to the chickensā emotions.

As a chicken keeper, youāll hear a multitude of sounds from your backyard birds. Among vocalizations made by noisy chickens:

The meaning behind the egg song has not yet been pinpointed. Some believe that the layer is letting the world know that she has produced yet another amazing egg and boy, is she ever proud of herself. Others feel that a henās egg song expresses her relief to have expelled that uncomfortable egg.

A flock of laying hens will fill the air with egg song multiple times throughout the day.

Read more: Can chickens talk? Sure they can! (And they have lots to say.)

This series of squeaky staccato clucks sounds like someone repeatedly scuffing their shoe on a freshly waxed floor. Tidbitting is used by roosters and, in female-only flocks, by alpha hens to call flockmates over to just-discovered food. Mother hens also use tidbitting to teach their chicks what to eat in the run and when foraging.

A hen will squawk loudly when she is startled, surprised or scared. This is the sound youāll most likely hear if you try to catch your hens or from new hens being taught their place in the flock by an alpha hen.

A broody hen will make a distinct hissing sound when she feels her eggs are being threatened. Occasionally, this hiss will also have a guttural warble to it. Hissing is a protective henās signal that you are in imminent danger of getting pecked.

Usually vocalized by a rooster, the alpha hen of an all-female flock will let loose a high-pitched, squeaky shriek to signal an aerial predator overhead.

This soundāwhich is almost identical to the noise made by squeezing a childās bike horn or a red clown nose ā is made by pullets and hens who discover something surprising while foraging. Iāve never heard it at any other time and, when investigating, have found things such as tiny puddles, a feather, a toad and the hook of a bungee cord. Nothing threatening, but enough to make a girl say the chicken equivalent of āOh!ā

Carrie plans to invite her new neighbor over to meet her hens, see how well they are treated, and gently explain that, while chickens can occasionally get noisy, he has no cause for alarm. Who knows? We can all hope that heāll grow to enjoy the rural sounds of chicken communication.