Photo courtesy iStockphoto/Thinkstock I find Indian-style curry to be the perfect match for okra. About three weeks ago, one of our garden coop plots was weed-ridden (again), so a couple of us waded in. I climbed behind a trellis of spent pea vine to pull them out. Among the weeds, I saw a row of […] 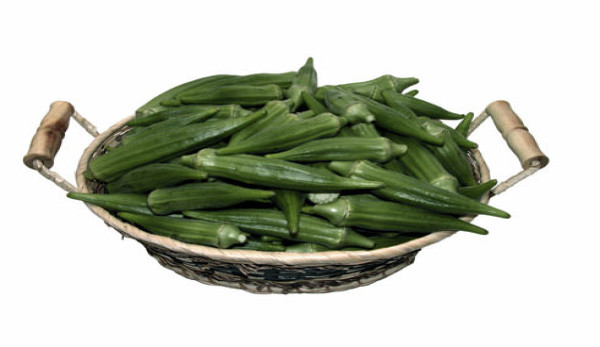 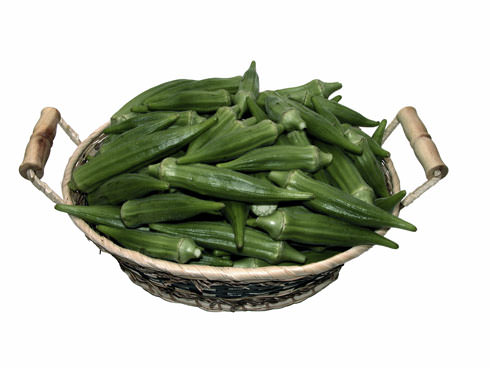 I find Indian-style curry to be the perfect match for okra.

About three weeks ago, one of our garden coop plots was weed-ridden (again), so a couple of us waded in. I climbed behind a trellis of spent pea vine to pull them out. Among the weeds, I saw a row of what looked to me like prehistoric plants: sturdy red stems, deeply cut reddish-green leaves and spectacular white flowers with big garnet-red centers, like a rose of Sharon or a hibiscus.

My garden mate identified them for me as the okra she had planted as seedlings. This Northern okra was a beauty. The three varieties there â€” slim and green, chunky and green and some with skinny, red pods â€” soon began to distinguish themselves, too.

Iâ€™m kind of shy about cooking okra; it doesnâ€™t come naturally to me. If I cook it too long, it becomes slimy. If I pick it when itâ€™s too big, itâ€™s â€ścorkyâ€ť and too tough to eat, and making a big-deal gumbo with it seems like a production.

Iâ€™m learning though; especially from Rainbeau Ridgeâ€™s Georgia-born assistant cheese maker, Blair, who grew up eating okra and knows all about it. She recommends giving the small pods a quick stir-fry, a method that produces okra thatâ€™s both crunchy and yummy!

Indian-style curry (or Thai) is a perfect match for okra and is typical of that cuisine, too, where the long, elegant pods are called lady fingers.

To add it to a mix of vegetables, I cook it separately, usually before the rest of the vegetables, so the okra keeps its firm texture and doesnâ€™t become glue-like. Simply add it back into the mix when the other vegetables are ready.

I also learned to lightlyÂ pickle the okra: to cut and clean it, then blanch and brine it. Along with pickled peppers, pickled okra became a family favorite last winter.

Like creamy fava beans, smooth and dusky kale, olive-shaped Mexican gherkins, and other â€śWhat the heck are those?â€ť vegetables I helped tend this summer, okra is a full-fledged addition to my vegetable repertoire. You donâ€™t have to have deep Southern zones to grow it, and you donâ€™t need a drawl to cook and enjoy it. In fact, hereâ€™s my friend Wendyâ€™s curried okra recipe â€” she still has her Aussie accent!

â€śI added garlic and sliced summer squash to the onions and served it with brown rice. The okra wasnâ€™t slimy at all,â€ť says Wendy.

Place the okra in a large, microwave-safe dish; cook in microwave on high for six minutes.