Not All Nettles Will Sting You!

Stinging nettles’ European cousin has a similar looking without the dreaded sting. 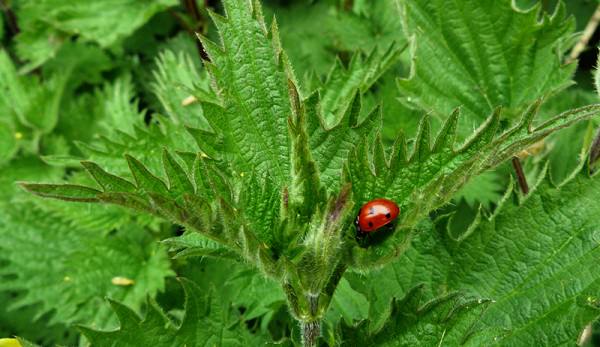 This past year, we had a mystery plant growing in our garden that I couldn’t identify. After poring through every book I had on the shelf, I got on a popular social media site that links botanists from around the world and shared some of the plant’s characteristics. The most common guess was that I was trying to identify nettles. Now, anyone who knows me knows I am familiar with nettles. I love them! There is no way I would be unable to identify a species of nettle—or so I thought.

I had to admit that the leaves looked similar to my nettle plant, the stem was similarly square, but, and this was my smoking gun, the plant did not sting. I asserted over and over on the group that I was not growing nettles. At some point in the discussion, an expert out of England stepped up and explained to me that a lack of stings was not necessarily a valid way to rule out the plant’s nettle-ness. In fact, there is a species of nettle that does not sting. What a revelation! I had no idea, but that’s one of the fun things about plants: They are constantly giving us a reason to remain humble.

More On The Sting-less Nettle

Fen nettle (Urtica galeopsifolia) is found in a confusingly variable set of environments in England. It is found in both wet and dry grounds and shade and open prairie. It is still, as far as I can find as of this writing, a bit confusing to botanists. It is considered either a subspecies of the common North American Urtica dioica or a separate species all its own. The leaves of U. galeopsifolia are longer and thinner, and the flowers seem to be just a bit different. The most notable difference that is detectable with the human eye is the lack of stinging ability.

A Health Boost From Nettles

My husband and I were excited by the idea that we might be growing a variety of nettles that could provide health benefits similar to our native nettles with a potential for greater ease of harvest. Nettles are high in minerals, iron most notably, and are well-known in building the condition of the blood. It is popular for the treatment of anemia and in support of reproductive health. It is also a supportive plant for the health of the urinary tract.

The Difference Between The Two

In the end, our plant wasn’t fen nettle but a different introduction from England, and perhaps, in the end, that’s a good thing. While there are only a few visual differences between fen nettle and the stinging variety, there is a more marked difference under the microscope. Fen nettle has a different chromosome count: U. dioca is a triploid while fen nettle is a diploid, meaning the water-to-fiber ratio of these plants is different and leading me to believe there could also be a difference in the plants’ medicinal constituents. I struggle to find definitive proof that fen nettle is used interchangeably with U. dioica. At some point, this stingless nettle may very well jump the pond and show up in my backyard, and when that happens, I’ll have to experiment with it. Until then, I’m happy loving my native nettle, stings and all!