Not Quite Urban Farming 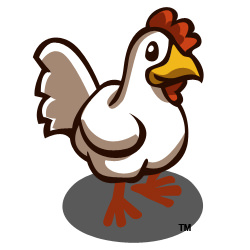 Virtual urban farmers can raise chickens and other livestock, as well as connect with neighboring farmers through the FarmVille application on Facebook.

Urban farming takes on a new meaning when farmers milk cows and plant corn and soybeans in their PJs from the comfort of their living rooms. City folk have transformed into down and dirty farmers with the Facebook application and online game FarmVille. The game has swept the virtual world, with more than 65 million ŌĆ£farmersŌĆØ registered to play and a third of them actively tending to their crops every day.

ŌĆ£We get stories all the time of people who set their alarm clocks to tend to their crops or people who love to play the game because it gives them a break from the real world or ŌĆścity life,ŌĆÖŌĆØ says Bill Mooney, FarmVilleŌĆÖs general manager.

When the Zynga company came up with the farming concept, they believed it would unite people from different backgrounds. As players have found, the game can be quite addicting, but not necessarily reflective of life on the farm.

ŌĆ£It doesnŌĆÖt deal anything with crop rotation to save nutrients in the soil and erosion from over-farming. You get the same price whenever you sell or harvest your crops,ŌĆØ says Kristen Everman, a FarmVille player in Ohio who spent summers on a real farm growing up.

Zynga has heard from customers who play the game with their kids to teach about growing crops and time management, says spokesperson Lisa Chan; however, Zynga never intentionally sought to use the game for educational purposes, as most players realize.

ŌĆ£It has not taught me anything about farming really. It is more about time management,ŌĆØ says Kristen Copley who ŌĆ£farmsŌĆØ from her home in Atlanta. ŌĆ£For those who have very limited knowledge about farming, they might learn that grapes grow on vines and dates on trees.ŌĆØ┬Ā

So, kudos to you if you wake up at 6 oŌĆÖclock to harvest your eggplant, but if you intend to be considered among the rising wave of urban farmers, you might need to take a break from Facebook to get there.

Rachael Dupree is the former managing editor for HobbyFarms.com. She grows food and medicine on her 50-acre farm near Lexington, Kentucky. When not out working her land, you can find her in her kitchen not following recipes, on her yoga mat in a satisfying pigeon pose, or exploring the worldŌĆÖs nooks and crannies. Follow her on Instagram @rachael_dupree.