Perhaps one of the most criticized agricultural chemicals of all time, glyphosate is now said to not cause cancer, according to a study from the U.N. 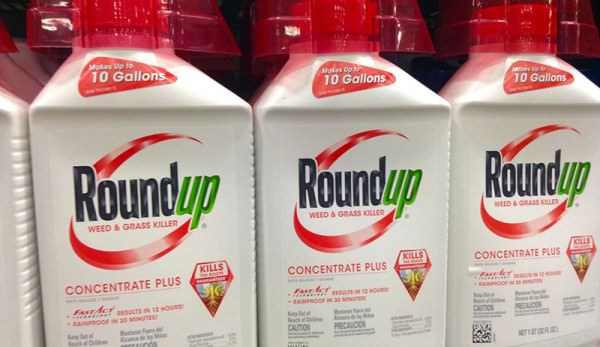 If you just read the headline of this article, you’re likely seething on the inside and outwardlyÂ threatening to unlike theÂ Hobby FarmsÂ Facebook page for propagating such rubbish. Hear me out. This post is in no way meant to condone the use of synthetic herbicides or pesticides on your farm garden, but rather, highlight the latest development in the scrutiny of what is sustainable ag’s perhaps most loved chemical to hate.

This week the U.N. Food and Agriculture Organization in conjunction with the World Health Organization released a statement professing that glyphosateâ€”the leading compoundÂ in Monsanto’s Roundup broad-spectrum herbicideâ€”is likely not genotoxicÂ (leading to cancer) at the levels found in our diets. Although they admit that high exposureÂ to the chemical isÂ connected to increased risk of non-Hodgkin lymphoma, the general statement that we have nothing to worry about when it comes to this herbicide in our foodÂ leaves a lot of concerned farmers scratching their heads, because no less than a year ago, the WHO actually declared glyphosate to beÂ probablyÂ carcinogenic to humans.

In anÂ article onÂ The Guardian,Â the FAO’s senior policy officer Harry van der Wulp said Â “the latest analysis was the most comprehensive yet, but probably not the final word on the subject”:

â€śThese conclusions relate to exposure through the dietâ€”that is very important. It is not a general conclusion because anything beyond the diet was not in our mandate. It remains less clear what the situation is with occupational exposure.â€ť

This latest report backs the claims of other organizations, like the U.S. Environment Protection Agency and the European Food Safety Authority, which also point to the low toxicity of glyphosate.

However, as an article on TheEcologist.orgÂ points out, the FAO and WHO aren’t exactly giving glyphosate a clean bill of health, so don’t get your panties in a wad just yet. There are those advocating for much-neededÂ risk assessments to be performed in order to deem the compound safeâ€”for example, studies on how glyphosate affects people who come in contact with in in real-life situations. This is certainly something to keep in mind as the European Union’s Standing Committee of Member State representatives approaches its critical vote this week to re-approve glyphosate.

So what do you think: Will this report have an effect on agricultural policy here and abroad moving forward? Do reports such as this one affect your thoughts on Roundup usage? Tell me your thoughts in the comments below. My guess is we still have a long way to go when it comes to our understanding of this agricultural herbicide.